Kunal Kapoor: Journey of bringing a film to an audience always challenging

Mumbai– Bollywood superstar Aamir Khan posed for the cameras along with actor Kunal Kapoor after a screening of the upcoming film “Koi Jaane Na”.

Kunal posted a collage of pictures with Aamir on social media on Wednesday afternoon. The photographs also had the other cast members, including actress Amyra Dastur.

“The journey of bringing a film to an audience is always very challenging but it becomes easier when you work with people you admire and enjoy being around. Koi jaane na is set for release soon and I hope the audience will be smiling when they leave the theatre, like we did after the first preview last night,” wrote Kunal, along with the photographs.

Aamir has made a special appearance in the film. He is part of the song “Har Funn Maula”. Kunal and Aamir will be sharing the screen after 15 years. They were seen together in the film Rang De Basanti.

The film is a psychological thriller and has been directed by Amin Hajee, who shot to fame playing Baagha the mute drummer in “Lagaan”. The film is slated to hit the screens on April 2.

Pankaj Tripathi: I adopt an acting style that is realistic, relatable

Mumbai– Actor Pankaj Tripathi says irrespective of the character he portrays on screen, he ensures that he adopts an acting style that people can relate to. 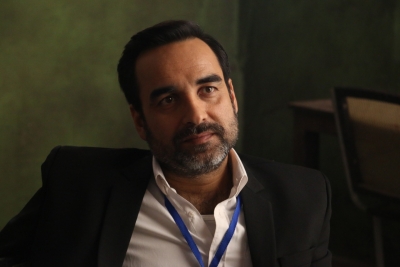 “I make sure that I adopt an acting style that is realistic and relatable. Be it comedy or any other character that I play, I ensure they are projected as human as possible on-screen,” Pankaj said.

He added: “To be able to relate with three different generations of a family is something I never thought I would do one day, and I’m so delighted that I have something to offer to each generation through some of my projects that everybody could enjoy.”

Pankaj has several releases this year including “Mimi”,”83″ and “Mumbai Saga” among many others.

Madhuri Dixit Nene: My baby is officially an adult

Mumbai– Actress Madhuri Dixit Nene took to social media to wish her son Arin on his birthday, on Wednesday.

She posted two pictures of her and Arin. The first one was an adorable throwback picture with baby Arin while the next one was a short video capturing a fun moment between the two.

She captioned the pictures as: “My baby is officially an adult. Happy 18th birthday, Arin. Just remember that with freedom comes responsibilities. From today the world is yours to enjoy, protect and brighten. Make good on all the opportunities that come your way and live life to the fullest. Hope your journey is an unforgettable adventure. Love you.”

Meanwhile, the actress is set to make her digital debut with the series “Finding Anamika”. In the show, Madhuri plays a superstar who goes missing. The show has been directed by Karishma Kohli and Bejoy Nambiar.

Kajol’s confession: ‘When I’m hungry I can eat you too’

Mumbai– Actress Kajol has a hilarious description for her appetite and it is surely news to her fans.

Kajol posted a picture on Instagram, where she is seen enjoying a meal, and over the picture is written: “Did you just say ‘I have a good appetite’ ! Well when I’m hungry I can eat you too.”

For the caption she wrote: “Is it news to you?”

Kajol, who is known for her wit and humour, was last seen in the OTT film, Tribhanga. The Renuka Shahane directorial also features Tanvi Azmi and Mithila Palkar.

Mumbai– Actress Urvashi Rautela on Wednesday gave a funny response to her mother after she hinted that her daughter should try cooking.

On Tuesday, Urvashi had shared on her Instagram a photo of young Virat Kohli helping out his mother in the kitchen. The actress said that the photo had been shared by her mother Meera Rautela.

Sharing Virat Kohli’s kitchen photo, Urvashi wrote: “HEY GUYS I NEED Y’LL HELP!!!! MY MOM @meera_rautela JUST SENT ME THIS PICTURE ON MESSAGE. WHAT DO YOU THINK? WHAT DOES SHE WANT ME TO DO? WHAT’S HER HIDDEN MOTIVE? SCAREDDDD.”

Reacting to her post, netizens suggested that she should enter the kitchen and cook something for her mother, at least a cup of tea.

In reply, Urvashi shared a photograph of herself on Instagram on Wednesday and captioned: “Off to kitchen”.

Urvashi also did not forget to tease her mother Meera Rautela by tagging her in the post!

Although, the background looks nowhere close to a kitchen and appears to be a still from a shoot, the actress looks gorgeous in a red saree and traditional jewellery with her hair left open.

Mumbai– Bollywood actor Varun Sharma on Wednesday took to social media to share a birthday wish for his mother. At the same time, the actor shared that now he has grown up, he misses sitting on his mother’s lap!

Varun shared a childhood photo on Instagram where he can be seen sitting on his mother’s lap. In a more recent photo, the actor hugs his mother.

Sharing the photos, Varun wrote: “Happy happpyy Birthday mamma! You mean Everything to me! Thank you for always being there.. Being all grown up now.. I miss being in your godi.”

Commenting on his post, B-Town colleagues Sonakshi Sinha and Pulkit Samrat and among others extended birthday wishes for Varun’s mother.

On the work front, Varun’s latest release is the horror comedy film “Roohi”, where he features alongside Rajkummar Rao and Janhvi Kapoor.

According to trade analyst Taran Adarsh, the film has collected Rs 15.19 crores in the first six days of its release.

Varun will next be seen in Rohit Shetty’s “Cirkus” alongside Ranveer Singh, besides “Fukrey 3”.

Mumbai– Actress Vaani Kapoor says she has always tried to be fit but her upcoming film “Chandigarh Kare Aashiqui” pushed her to work harder.

“I have always tried to be fit but ‘Chandigarh Kare Aashiqui’ is a film that has really pushed me to work harder and to my limits. To pull off my role, I put myself through a grind that wasn’t easy. It was what (director) Abhishek Kapoor saw me have on-screen and I dived headlong into the process of achieving this body type for the film,” Vaani said.

The actress claims the film is a huge milestone in her career.

“I wanted to give it all. It required me to achieve a body type that I never had before. Of course, I wanted to nail this role and took this challenge head-on. I needed to appear like a really fit girl. I literally exhausted myself training,” she said.

Vaani added: “After a difficult lockdown period and with almost no training, I had to spring back with rigorous workout sessions every day, but when I saw myself on the monitor, I felt it was all worth it”.

“Chandigarh Kare Aashiqui” is set to release on July 9. (IANS)