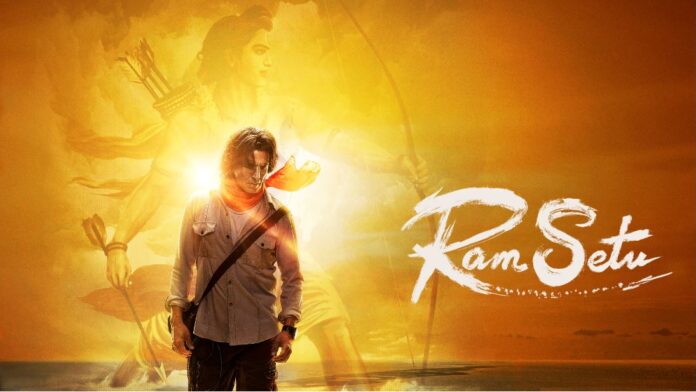 The OTT platforms operating in India over the last four years have come a full circle. Having so far sanctioned episodic streaming content, and bought ready-to-beam films, these platform-operating companies will now produce films. This ventures will be undertaken, albeit, in collaboration with established production houses, preferably with one run and owned by an actor or a regular production house with a good standing. Makes things easier that way.

Amazon Prime is the first to make an announcement to actively get involved in filmmaking. The company’s first venture will be “Ram Setu”.

Disney+ Hotstar is expected to enter production as well, and an announcement can be expected by September this year.

Not long ago, the way films are made in India changed drastically when the big-buck corporate houses entered the scene. They went after names rather than content and ended up backing projects instead of creativity. Script and other aspects took a backseat as long as a maker could put together a project, the star cast and, mainly, the stars’ cooperation.

These corporate entities’ style was to grant a hundred or two hundred crore to a filmmaker and assign him/her to make, say, two or three films! Nothing else mattered. Not surprising then, that just about every so-called corporate production house had to finally call it quits as far as production activities went. Actually, more than producing films, they were just outsourcing film production.

What these production houses did was to drastically change the financial workings of filmmaking in India. The volumes of monies involved suddenly changed to crores from lakhs. Stars whose films barely managed to cross one crore collections at the box office were granted budgets twice the amount. The media celebrated when collection figures of Rs 300 or 400 crore were issued! If that was true, these companies would still be around doing business!

That makes one think, how did the production houses of yore last for decades and deliver film after film, not deterred by a flop once in a while? They knew their job well. There were producers like Eagle Films, Shakti Samanta, Pramod Chakravorty, Sippy Films, Uttam Chitra, Rupam Chitra, Arjun Hingorani, Manoj Kumar, Raj Kapoor, SK Kapur. There were numerous producers to count, accounting for about 150 new films releasing every year!

Today, their heirs still enjoy the benefits of those negatives (as these assets are called). All the new media that comes up, spells money for them. These films earned from video rights (which fell for renewal every three or five years), television rights, satellite rights, and now OTT rights.

Filmmaking in those days, in most cases, involved everybody in the business, a financer, distributor, as well as exhibitor. The risk was shared. A producer of earnest reputation enjoyed continual loyalty of his distributors, film after film. He did not have to go looking for new buyers.

When a distributor announced the acquisition of a new film, he had to pay regular instalments to the producer as the production progressed. The distributors, in turn, were paid by the exhibitors of his circuit as a token of goodwill. It was a nice, one-for-all and all-for-one way of working.

How things changed with the arrival of corporate houses! As it turned out, they became financers of films with little concern about content.

The easy and unlimited bankrolling of film production will become scarce now. Wary of big films going to OTT, exhibition chains are reported to have invested in the compilation of some big-ticket films. But as things look now, the mid-range films will become a norm.

Now that the OTT streaming companies have decided to get into production of films, one only wishes that the weight is more on content rather than stars who would assure a first-day audience. OTT is not at all about initial draw and more about word-of-mouth promotion.

With Covid-19 changing the way things worked, the film industry was among the biggest sufferers. Film productions as well as exploitation had come to a standstill. With millions invested, filmmakers opted to reach out to their audience through OTT streaming platforms. It was a dicey situation for the cinemas. Lockdown helped OTT tighten its grip. But, there were films that were meant for the big screen and needed a lot to recover costs.

A studio in Hollywood proposed a simultaneous release of films on cinema screens and OTT. But, the one mode proposed now, with Amazon Prime entering production, seems reasonable — that a film will have its premiere release in the cinemas, with the digital media following after four weeks.

The best of films don’t last longer than that in cinemas since the release strategy now involves spreading a film’s exploitation thin. With 3,500 to 4,500 screens opening a new film simultaneously across the country, the audience is consumed within a few days. Nothing is left to recoup from the cinemas thereafter.

This release strategy is fated to become a norm. Recently, a Hyderabad company, Net5Media, is reported to have acquired the rights of as many as 100 foreign film titles with a similar release plan: four weeks in cinemas and on OTT thereafter.

The one positive for the Indian films that one can envisage due to this arrangement would be a better and wider exposure to our films. And “Ram Setu” would seem to be the right opener. The film showcases Indian culture, history, beliefs and mythology to the world. With the involvement of Dr Chandra Prakash Dwivedi, a historian, writer and actor, with the project, the film should be worth watching. (IANS)