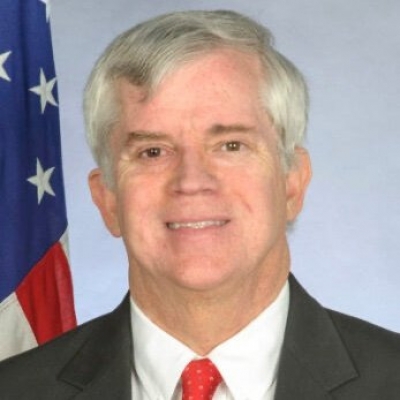 Bengaluru– Don Heflin, Charge d’Affaires of the United States in India, said on Tuesday the U.S. industry is actively exploring ways to work with Indian partners to bring advanced technologies and manufacturing capabilities to the country and to engage with local partners on co-development and co-production.

Addressing a press conference here, Heflin said that the growing number of joint ventures and partnerships between U.S. and Indian defence companies continues to strengthen the robust network of defence suppliers in India with the potential of equipping partners in the broader Indo-Pacific region.

“These companies also create jobs, while producing exports for markets around the world,” he said.

Heflin said that together with Indian partners, the US is building greater cooperation through defence technology and trade initiative.

According to him the U.S. designation of India as a Major Defence Partner in 2016 marked a milestone in U.S.-India defence cooperation, expanding the range and depth of our defence ties.

“The United States is a reliable defence partner to India’s defence sector, offering the world’s best defence equipment. India plays a key role in the Indo-Pacific region, and our cooperation advances our shared vision of a rules-based international order that promotes the prosperity and security of all countries,” he explained.

Heflin added that robust military exercise regime, official visits and exchanges, military education and training, and the integration of advanced U.S. defence systems and platforms into the Indian armed forces.

“These activities and efforts are deepening the familiarity, compatibility, and interoperability between the U.S. and Indian militaries,” he said.

He also added that the U.S. defence industry has demonstrated its commitment to partnering with India to provide high-quality, technologically advanced defence equipment and systems that are widely considered the most operationally reliable in the world.

“U.S. companies are already cooperating closely with the Indian armed services to deploy these systems to enhance India’s military capabilities,” he said.

He observed that although both countries have faced extraordinary challenges this year in light of the Covid-19 pandemic, the US and India took important steps to further their overlapping security objectives for the region and beyond.

While US Air Force Deputy Undersecretary, International Affairs, Kelli L. Seybolt told reporters in response to a question about possible “changes” in defence ties with the new administration taking over in the US, said her expectation is that the deepening of cooperation will only continue because “there is so much common interests in doing so, as we all look for secure and free Indo-Pacific.”

“Our expectation is that things will continue to grow in our defence ties and relationship, and we will work closer together and the good demonstration of that is – the Secretary of Defence Austin’s (Lloyd J Austin III) first call was to his counterpart in India (Defence Minister Rajnath Singh). That speaks volumes,” she added.

Lieutenant General David A. Krumm, 11th Air Force Commander, said that Aero India 2021 is another excellent sign of the commitment to partnership between India and the United States.

“Notwithstanding the recent dynamic international environment, the strength of the India-U.S. partnership has become only more apparent over the last year,” he said. (IANS)