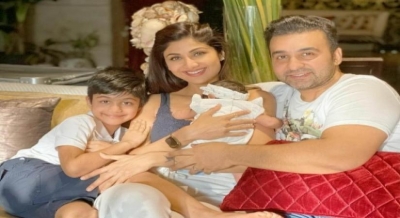 New Delhi– Celebrity couple Raj Kundra and Shilpa Shetty Kundra are often seen posting funny videos on their social media handles, and they seem to quite enjoy it.

Raj said “social media is part of our lives” and admitted that it has become “a necessity of the 21st century”. Apart from using it as just a mode of entertainment, one should use social media as a tool to enhance our lives, business and talent, Raj told IANSlife.

The impact of social media on someone’s life is totally dependent on how you use it, said Raj. “Everyone is on their mobile phones today. It’s all about social media and being discovered. It’s important to not waste your time, social media should be used as a tool to enhance your life, business and talent,” he said.

“Today all businesses prefer to market and promote their products on social media because that’s where today’s viewers are. Also, one can target and monitor the ROI far better,” he added.

Raj revealed that his son is not a part of any social media. He said: “My son enjoys watching videos on YouTube. However, I have put settings on his iPad that control the content delivered for his age group only. It’s important to keep monitoring and there are plenty of tools to do so as responsible parents. It’s important to make sure your child is not exposed to things they don’t need to see yet.”

For other parents, Raj adviced: “We are living in the digital age and it’s easy to give your child an iPad, mobile phone and access to the internet. It can be a great learning and entertainment tool. My son loves editing videos that he shoots on the iPad. So if used constructively, it’s great but one should control screen time.”

The couple recently launched their own live streaming app JL Stream which Raj said aims to “promote talent across the world helping new and known talent make money at the same time.”

The platform recently felicitated top two streamers of the month. With a whopping revenue of Rs 15 lakh, the top streamer of January 2021 is Prachi Bharti from Jharkhand. Anchal Singh from Chandigarh and a Ayesha Shah from Nagpur are the runners-up who made Rs 10 Lakh and Rs 7.5 lakh respectively in January.

Commenting on why he decided to felicitate top streamers, Raj told IANSlife: “It’s good to encourage influencers they work very hard to create content and who doesn’t like appreciation. It was amazing to see a young girl from Jharkhand win streamer of the month.” (IANS)