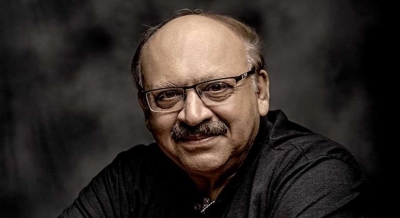 New Delhi– Zee Theatre’s forthcoming play, ‘Kahani Mitra Ki’, is a powerful adaptation of Vijay Tendulkar’s path-breaking Marathi classic ‘Mitrachi Goshta’. Director Akash Khurana said that the growing relevance of its theme, the sensitivity of its characters, and the complexity of its structure offered a challenge that he couldn’t resist.

“So, after three decades of my first tryst with Vijay Tendulkar, it was time to pay my homage to the ‘master’ again. I have always held Tendulkar in very high esteem personally, and considered him leagues ahead of most Indian playwrights. Back in 1987, I directed ‘Mat Yaad Dila,’ a Hindi adaptation of Tendulkar’s ‘Ashi Pakhare Yeti.’ It was the prolific theatre group Arpana’s first production and a huge success,” Khurana told IANSlife.

‘Mitrachi Goshta’ is often described as one of the first modern Indian plays dealing with same-sex relationships. Set in the pre-Independence era, it begins with what appears to be a conventional relationship between a boy and girl on a college campus. Soon however, a complicated love triangle develops between the diffident Bapu, the headstrong Mitra, and Nama, her love interest.

Khurana recalled the unease around the play when it was first performed in 1981 and said, “The play deserved to be staged many more times than it was for the sheer quality of its writing. One of the reasons why it wasn’t, is because it was written before its time and its first staging was received with some discomfiture.”

While directing ‘Kahani Mitra Ki’, he was drawn to the unlikely friendship between Bapu and Mitra and the upheaval it goes through when Mitra confides that she has feelings for other women instead of men.

It was challenging to unravel the web of chaotic feelings leading to an inevitable tragedy in the narrative, but Khurana said, “I had a bunch of terrific actors that made my task easier. I treated the theme like a human love story where the themes of sexual orientation were subliminal.”