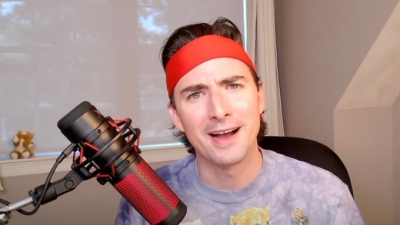 New York– The regulators are coming for ‘Roaring Kitty’. Keith Gill, the man in a red bandana whose enthusiasm for video game retailer GameStop drove millions of his devotees to buy up the stock and take it “to the moon”, is under investigation in his own backyard.

Gill is facing an inquiry from a Massachusetts regulator over potential conflicts of interest because of his work as a licensed securities broker and “financial wellness education director” for insurance company MassMutual. Gill’s last day on the job was January 28, but he was posting hours-long videos on GameStop’s potential well until January 22 which drew whoops of “if he’s still in, I’m still in”, from countless followers of his stock tips.

Gill did not respond to requests for comment, sent over the last week. Meanwhile, GameStop shares continued to plummet Thursday ending around $ 60 after an all time high of more than $480 a week ago. GameStop began the year at $17.

“I’d like to think if I were him I’d offload a few more of my positions!” said Mike, a mid 30s marketing professional who stumbled into Gill’s posts only last month. “Good on him though, he saw an opportunity, took a big bet and even if what he’s still holding drops to nothing he’s got a few million cash in hand.”

Mike bought GameStop at $30, sold at $31, says he “kicked” himself for exiting too early and bought some more when the hype began to peak. Others weren’t as lucky. Plenty of folks got in on the news, when the stock was already in the $300 range and ended up getting burnt. Gill indicated this week that he will “back off” from daily updates, without explaining why.

Gill’s “bull thesis” was that GameStop had a good shot at reinventing its core business, which he backed up with spreadsheets on his YouTube channel and Reddit board where he was known as DFV, short for “deepf____value”, which contains an expletive.

In the broader community on Wall Street, equity strategists agree that the subculture of online-born activist traders is here to stay. “More democracy in the marketplace is kind of a cool thing…it’s refreshing,” said Frederick Cannon, Global Director of Research and Chief Equity Strategist at Keefe, Bruyette & Woods. “This is trading, this is not fundamentals,” he told IANS.

Cannon said the GameStop saga has also been “educational” for a lot of people. “I mean, the one thing I’ve had to explain to people that I know casually is that, yes, a stock can have more than 100 percent of its shares short. Even if 100 percent-plus is short, it doesn’t mean a stock can’t go to zero. I happened to cover a stock in 2008 that had 120 percent of its shares outstanding short and it indeed went to zero as a result of the financial crisis.”

In a research note, analysts at Barclays Capital wrote that the GameStop episode is “a wake-up call that is likely to permanently affect the business models of institutional investors.”

Meanwhile scrutiny of the GameStop mania is set to roll on. Congresswoman Maxine Waters, chairwoman of the House Committee on Financial Services has set up a February 18 hearing with an instructive title: “Game Stopped? Who Wins and Loses When Short Sellers, Social Media, and Retail Investors Collide.” Treasury Secretary Janet Yellen met with financial regulators to discuss GameStop and its impact on investors. The acting chairwoman of the US Securities and Exchange Commission, Allison Herren Lee, said the stock market regulator is looking into a combination of factors that led to the sudden rise in GameStop shares, including whether market manipulation was in the mix. (IANS)