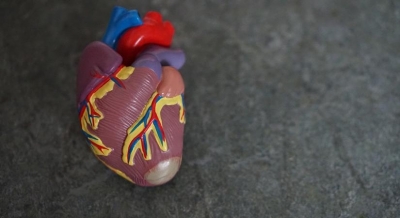 Toronto– Limiting the amount of fat the body releases into the bloodstream from fat cells during heart failure could help improve outcomes for patients, say researchers.

The study, published in the American Journal of Physiology, found that mice with heart failure that were treated with a drug blocking the release of fat into the bloodstream from fat cells saw less inflammation in the heart and throughout the body, and had better outcomes than a control group.

“Many people believe that, by definition, heart failure is only a condition of the heart. But it’s much broader and multiple organs are affected by it,” said researcher Jason Dyck from the University of Alberta in Canada.

“What we’ve shown in mice is that if you can target fat cells with a drug and limit their ability to release stored fat during heart failure, you can protect the heart and improve cardiac function,” Dyck added.

According to the researcher, during times of stress, such as heart failure, the body releases stress hormones, such as epinephrine and norepinephrine, to help the heart compensate.

But because the heart can’t function any better — and is in fact damaged further by being forced to pump faster — the body releases more stress hormones and the process cascades, with heart function continuing to decline.

This is why a common treatment for heart failure is beta-blocker drugs, which are designed to block the effects of stress hormones on the heart, the team said.

The release of stress hormones also triggers the release of fat from its storage deposits in fat cells into the bloodstream to provide extra energy to the body, a process called lipolysis.

The team found that during heart failure, the fat cells in mice were also becoming inflamed throughout the body, mobilizing and releasing fat faster than normal and causing inflammation in the heart and rest of the body.

This inflammation put additional stress on the heart, adding to the cascade effect, increasing damage and reducing heart function, the researchers said. (IANS)