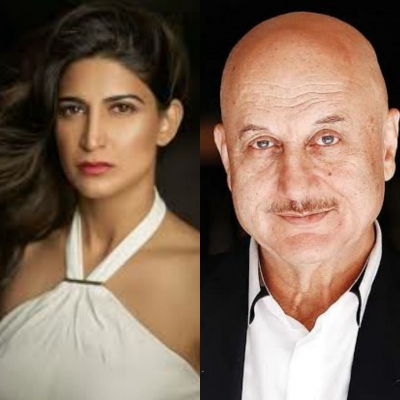 Mumbai– Aahana Kumra and Anupam Kher have started work on a short film titled Happy Birthday. This is the second time that Aahana is working with Kher after the 2019 release The Accidental Prime Minister, and she says collaborating with the industry veteran is always an enriching experience.

“Working with him has always been enriching in terms of experience and in terms of value addition to whatever work I have done. He is such a senior actor and it’s a great learning experience with him. I love watching him perform and I always make a note or two. We both mutually respect each other and I am really glad that I am working with him. He has such a different character in the film and so do I,” Aahana told IANS.

She shared a picture on Instagram with Kher on Monday where she received Anupam Kher’s book titled Your Best Day Is Today. She captioned the picture saying: “Your Best Day Is Today” Thank you @anupampkher sir for always inspiring me with your never ending enthusiasm and zest for life!! Can’t wait to begin work with you on #HappyBirthday As W.H Davies once wrote : What is life, if full of care, we have no time to stand and stare!! Congratulations on your memoir!! I couldn’t agree more ” Your Best Day is Today! Not tomorrow, nor the day after! Thank you!”

The short film is a thriller directed by Prasad Kadam.

Mumbai– Bollywood actress Taapsee Pannu on Monday began shooting for her forthcoming film Dobaaraa. The new age thriller film is being helmed by Anurag Kashyap, who has previously directed the actress in the 2018 film Manmarziyaan.

The actress tweeted about her association with the director, saying some collaborations deserve to be repeated.

“My #DobaaraaSeries. Coz some collaborations deserve to be repeated. Ready to create more memories because we were running out of Manmarziyaan stories to tell…@anuragkashyap10 let’s do this #Dobaaraa,” Taapsee tweeted.

Talking about the film, Taapsee had recently shared: “This is going to be one of its kind thriller. This is going to be unique more so because it’s got someone like Anurag directing it and Ekta backing it. It’s my second collaboration with Anurag after Manmarziyaan and Sunir (of ATHENA) after badla so I know there are expectations riding on this.”

The film is being produced by Shobha Kapoor, Ekta Kapoor, Sunir Kheterpal and Gaurav Bose. 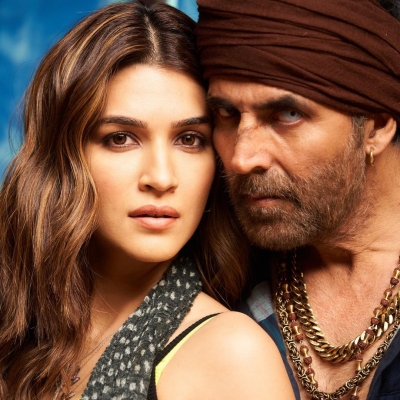 Kriti posted a picture on Instagram posing with Akshay in their characters for the film. “And it’s a schedule wrap for me with @akshaykumar for#SajidNadiadwala ‘s#BachchanPandey directed by@farhadsamji .. #Myra @wardakhannadiadwala. One of the bestest, most fun and memorable schedules I have had so far,” Kriti wrote as caption.

“Time just flew and we ended up making a film in between the echoing laughters, gaming sessions and neverending lunches and dinners as we all became one family! It was surely the saddest Goodbye from the beautiful Suryagarh Palace.. but we shall meet again soon! Can’t wait to see you guys in Cinemas! @nadiadwalagrandson,” she added.

In the Farhad Samji directorial, Akshay plays a gangster who aspires to be an actor, while Kriti plays a journalist who wishes to be a director. The film also features Arshad Warsi as the hero’s friend.

Mumbai– Ayushmann Khurrana tweeted on Monday that his film Anek will release on September 17. The film marks his return with director Anubhav Sinha after the 2019 release, Article 15.

The film is currently on the floors in Assam. Ayushmann’s slit eyebrow in the first look of the film has grabbed eyeballs.

Talking about his character in the film and sporting a distinct look, Ayushmann recently said: “I have been fortunate to collaborate with filmmakers who encourage me to add my creative inputs to their vision of storytelling. The eyebrow slit I am sporting in Anek was an idea I discussed with Anubhav sir. It was about creating a distinct look that the audience has never seen me in, and I am glad that people have noticed and are discussing it.”

Anek is being produced by Bhushan Kumar and Anubhav Sinha.

Mumbai– Sunny Leone uploaded a series of pictures on Instagram on Monday, sizzling in a yellow bikini. 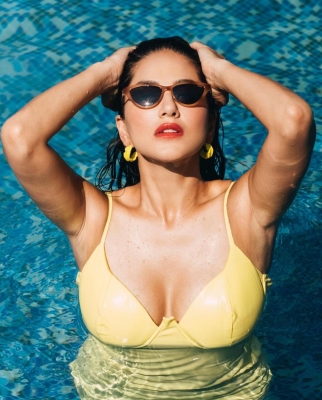 In the snapshots, Sunny spends time in the pool, as she teases her followers on Instagram. She captioned her post saying: “Your Monday distraction.”

Her post was flooded with compliments from fans and received over 10 lakh likes within a few hours of release.

The actress has been giving fans a glimpse of her fun side while currently shooting in Kerala for the reality show MTV Splitsvilla. The actress has also kickstarted the first schedule of her debut fictional web show Anamika in Mumbai last month. The series is billed as a ‘gun-fu’ action thriller directed by Vikram Bhatt.