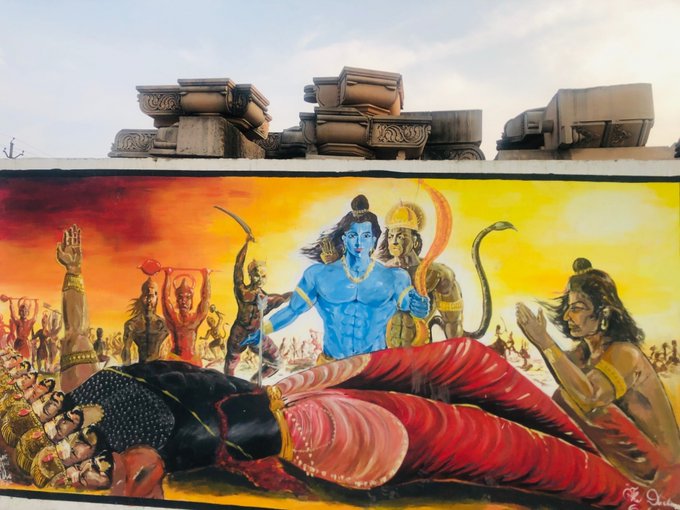 Jaipur–Digital app with online monitoring, unique IDs and cumbersome audits comprise a three-tier system to monitor the donations being made for Ram temple construction in Ayodhya, said Abhishek Agrawal, a chartered accountant who is leading a few teams of depositors besides training members engaged in the collection drive.

As the Shri Ram Janmabhoomi Teerth Kshetra trust is conducting a mass contact and contribution campaign for the construction of the grand temple in Ayodhya, which commenced on January 15 and shall continue till February 27, volunteers of the Vishva Hindu Parishad (VHP) engaged in fund collection are following a comprehensive three-tier arrangement to maintain and monitor transparency of the donations, Agrawal told IANS.

As a first step, three categories of coupons have been created under three different denominations — Rs 10, Rs 100 and Rs 1,000. The account is monitored on a daily basis and Permanent Account Numbers (PAN) of those donating Rs 2,000 or above are also being collected.

Those individuals donating funds under these categories have been getting duly signed receipts by the fund collector. The name, address and mobile number of people donating these amounts are also being saved.

The person collecting the funds submits complete information of the donor to his leader (referred to as depositor), who is provided with each detail of receipt book, coupon book and funds collected. It is mandatory for the depositors to get themselves registered in a web application. He is also given a unique ID. The depositor then uploads the details on his mobile application. Later on, the donors also receive a thank-you message.

In the second step, this information is saved on a digital app and the amount is then deposited in any of the three banks which have a tie-up with the temple trust. The banks are State Bank of India, Punjab National Bank and Bank of Baroda.

The depositor will have to register with the web application on his mobile phone and select one bank out of the three.

Further, the entire summary detail of the amount collected is filled in a form which is then connected with the final receipt.

These efforts help in foolproof audit of funds without any mistake. In fact, a high profile team of CAs is monitoring the entire system.

After the CA makes a complete audit, the information is sent to the temple trust.

Even in the first step, each team collecting funds is monitored by a collector who keeps an eye on how much fund is been collected daily, and passes on the information regarding cash and cheque to the depositor and gets a receipt against the same.

The depositor updates the same information on the digital app and gets the amount deposited in the bank.

The deposit slip will have to be deposited in the district office where the amount is deposited and the receipt is matched with the app details to maintain a three-layered transparency arrangement which is monitored daily on district, zonal and regional level before the information is shared at the central level.

The account on the app is secret and hence the money goes directly into the account of the trust, Agrawal informed.

Those who want to donate directly to the bank can do the same as account numbers of the respective banks are shared, said Agrawal.

The Ram Janmabhoomi Teertha Kshetra trust was set up in accordance with the Supreme Court verdict for the construction of Ram temple in Ayodhya. As the trust lacked human resources, it requested the VHP to cooperate in this campaign which was accepted by the latter. (IANS)