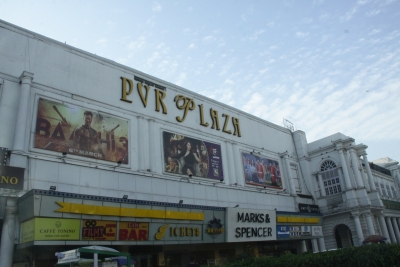 New Delhi–The central government’s decision to permit theatres to operate at 100 per cent occupancy saw mixed reactions from people in the national capital as a few were optimistic while some were not excited about it.

Speaking to IANS, Sunil Singh, head of the managing team at Yellow Chilli’s outlet in east Delhi’s V3S mall said, “Our business is very closely connected to the number of people coming to cinemas. We are always hopeful that we will get big business from the cinemas.”

He said that he felt the effect of the government’s announcement on Monday itself as sales went above 50 per cent and added that in future business would grow even more than 50 per cent.

“This clearly indicates that theatres running on 100% occupancy has managed to usher a sense of optimism in the market,” Singh said.

Kriti Yadav who owns Nails Site, Salon and academy which comes under Beautify Spot said, “This pandemic has affected the entire country and due to the pandemic, the client footfall is less.”

She added that if the footfall of people to the cinemas would be more, then it would be beneficial for their business.

Sukanya Roy, who owns a Jawed Habib outlet located in the V3S mall, said the government should not have taken this decision as Covid-19 has not been completely eliminated.

However, she maintained that if people would come business would grow.