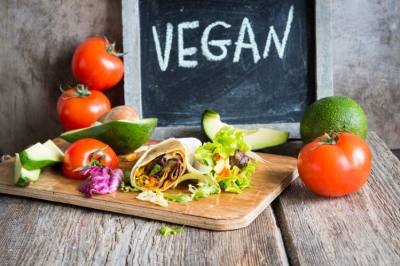 London– If your child is fully vegan, then there are chances that they may have a lower level of vitamin D, a new study suggests.

The findings indicate that children on a fully vegan diet were found to have significantly lower vitamin D levels compared to children without a special diet despite having regular vitamin D supplementation.

Along with that, the study also suggested that their vitamin A status was lowered too.

“Our results indicate that the health effects of strict diets on children cannot be extrapolated from studies on adults. In addition to vitamin D intake, attention must be paid to adequate intake of vitamin A and protein from various sources.” said researcher Topi Hovinen from the University of Helsinki.

Vegan diets gain popularity especially among young adults and through choices of the families vegan diet is becoming more common in young children, too.

The motives behind choosing a vegan lifestyle are ecological, ethical and health-related — vegan diets exclude all animal-based products.

According to the researchers, it is recommended that full vegan diet is always supplemented with vitamin B12, vitamin D and iodine and based on individual assessment the supplementation for calcium, vitamin B2, iron and zinc may be needed.

For the study, published in the journal EMBO Molecular Medicine, the research team studied comprehensively the nutrition and metabolism of 40 healthy children.

The children were following a vegan, vegetarian or omnivore diet according to the choice of their families. Their nutritional intake, metabolic biomarkers and micronutrient statuses were extensively studied.

Levels for LDL and HDL cholesterol, essential amino acid and docosahexaenoic acid, a fatty acid with a central role in development of visual function, were low while folate levels were remarkably high in vegan children, the researchers found.

The team says that the new findings motivate further and larger studies on the health consequences of a vegan diet in young children. (IANS)