To register and to know about other IAGB’s Republic Day 2021 programs, please visit: www.iagb.org .

“In this 2-session event, we will explore how this monumental achievement to become a Republic came about and understand the difficulties that were faced,” said IAGB Secretary Lata Rao.

Here are some facts to keep in mind: 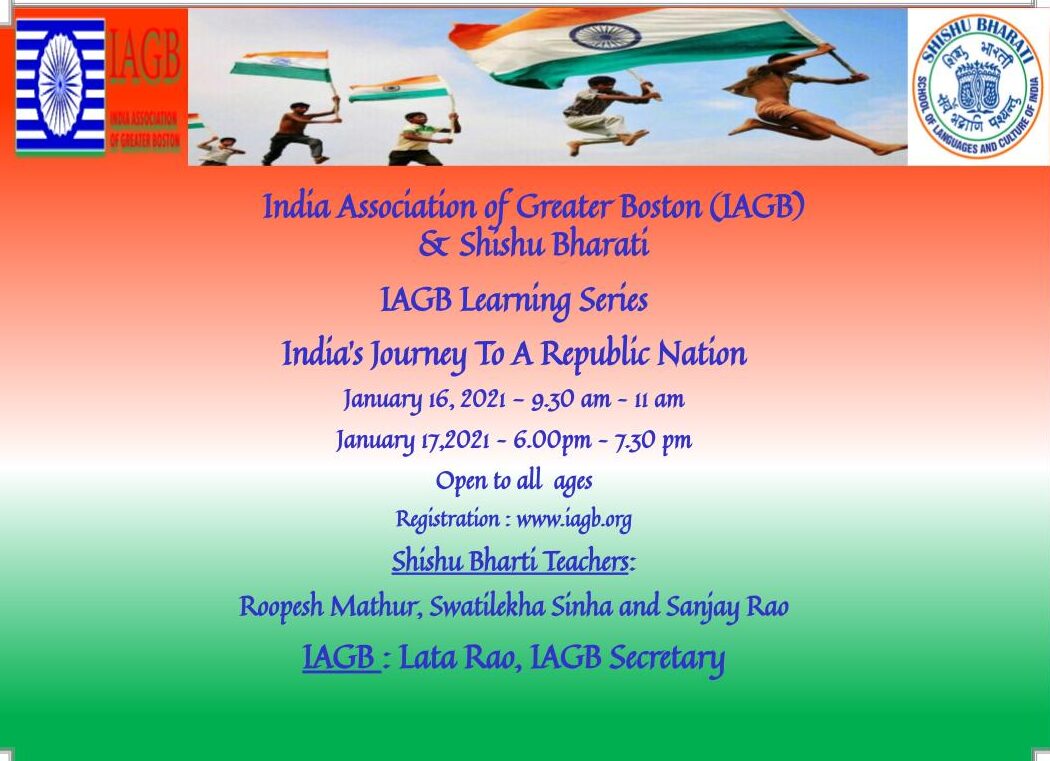