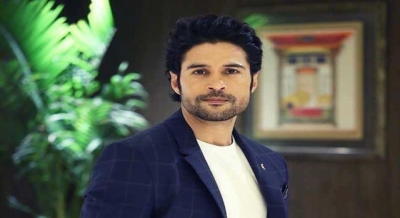 New Delhi– Film and television actor Rajeev Khandelwal, who has made his theatre debut with Swadesh Deepak’s ‘Court Martial’, says that he looks forward to the challenge of performing in front of a live audience.

“A junior ranked army man, Ramchander, one day, picks up his gun and shoots down his two senior officers. The army now orders a Court Martial against Ramchander to prove his crime and decide his punishment. The play comprises the proceedings of this Court, in which the defence lawyer, the extremely sharp Vikas Roy, goes deep into the motive behind the assault and exposes the ugly and shocking truth,” reads the synopsis of the Zee Theatre play.

The play will feature on Airtel Spotlight on January 26, and has Rajeev playing Vikas Roy.

An IANSlife chat with Rajeev Khandelwal:

You acted in ‘Court Martial’. What are your thoughts on theatre as a medium? Tell us about your debut.

Rajeev: So as an actor I always wanted to do theatre, because I think it is one of the most challenging things for any actor, it’s not easy. I used to envy all the other actors who performed live on stage in front of an audience. I always wanted to take on the challenge but for some reason I could never muster up enough courage to actually act in a play.

‘Court Martial’, when it happened, I pretty much took it up as a challenge. I did not know anything about the world of theatre and this was not true blue ‘play’, because I did not perform it in front of live audience. I performed in front of the camera and that’s why it’s a called a teleplay, but the experience was completely of a play because we shot it in one go; it was as challenging.

It was a challenge because we perform a play in one go, which is 90 minutes of performing, with actors from the world of theatre.

I was just hoping that by the end of it, the director has co actors appreciate my performance and that is exactly what happened in the end. My co-actors who are from the world of theatre are really talented, so this was my achievement and it was my take away from the experience.

This is a popular play and there was one connect, because I come from an army background and the setup in the play is of the army . I thought it’ll be a very powerful message as a teleplay because not too many people go and watch plays. A larger audience is able to watch it (here). Second was the uniform, because it reminded me of my grandfather who served in the army and my father was an army officer.

And you said it’s an ode to them..

Do you look forward to performing the same play in front of an audience?

Rajeev: Absolutely, this is another level of high one experiences, a feeling which I’ve always wanted to feel; but now I want to get the real high of an audience. So maybe times to come, you might just watch me perform in front of a live audience because it’s very challenging. When you compare acting in front of the camera or for television to acting in front of a live audience, I think it’s way easier because there are takes and retakes. But here you only have one opportunity and you have to keep the audience engaged.

Are you a theatre watcher, and do you find enough time to watch plays?

Rajeev: I haven’t really watched too many plays, to be very honest. When I came to Mumbai, I went to Prithvi Theatre just because. I was going to all those places which I thought I should visit so that was the only time I watched a play and I remember watching this actor perform in Prithvi Theatre and I watched how close he was to the audience and how engaged he was in performing. I actually thought ‘Would I ever be able to do this?’ Since then it has been my dream along with other things be it acting, film or television. I’d always dreamt of going live at least once. So yeah this is a kind of a mini-dream and I’m looking forward to the real one.

Do you also look forward to doing more plays now?

Rajeev: Absolutely. At the end of ‘Court Martial’, I told the director if you have any interesting scripts please do reach out to me and I would love to be a part of it. (IANS)

Had epiphany to be an actor on stage: Mithila Palkar

For Cyrus Sahukar, digital theatre is ‘another way of doing It’