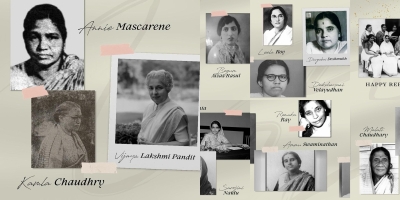 London– Actress Priyanka Chopra Jonas is celebrating the women who helped in drafting the Indian Constitution, and says it has been enlightening to understand the importance of women in leadership.

“I’ve been researching and reading a lot about women in governance across the world and how their skills have impacted communities and countries. It’s been enlightening, fascinating and so insightful to understand the importance of women in leadership,” she wrote on Twitter on Tuesday.

She continued: “I’d like to share an interesting piece of information I came across recently and today seems to be the perfect day to post what I learned. Did you know that there were 15 women in the first Constituent Assembly of India & that they helped draft the Constitution of India?”

“So inspiring and also an apt day to celebrate the effort of all those who helped build the fundamental principles of India. Happy Republic Day,” she added.

On the work front, Priyanka is currently seen in web film, The White Tiger. She recently wrapped up shooting of her upcoming Hollywood romantic film, Text For You. (IANS)