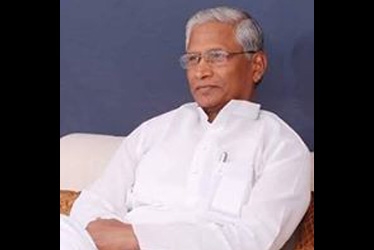 Bengaluru– Karnataka Minority Welfare and Textiles Minister Shrimant Balasaheb Patil on Wednesday said that very shortly the ‘Love Jihad Act’ will be enacted in the state.

The Love Jihad Act is the name given by the BJP to a law to prevent ‘forcible conversions’ through marriage. This term was first coined by right wing activists in Mangaluru in 2000.

Patil told reporters here that there is no confusion within the ruling BJP in the state over bringing the Love Jihad Act. “This is a very huge subject involving many aspects. Therefore, various departments are trying to elicit opinions through consultation with experts. At present, the legal department is deliberating about this with experts,” he explained.

He also added that the government is also contemplating to introduce scholastic syllabus in Madrasas. “We want to bring reforms in Madrasas. There is a need for those who come out of these schools to directly take admission in ITI courses,” he said.

It may be recalled that Uttar Pradesh had enacted an ordinance against forcible or fraudulent religious conversions, which provides for imprisonment of up to 10 years and a fine of up to Rs 50,000 under different categories.

One of the vocal proponents of the Love Jihad Act is incumbent Rural Development and Panchayat Raj Minister K.S. Eshwarappa, who has been saying that Love Jihad is an international conspiracy, and there is a racket that traps young girls on the pretext of love.

“People should be aware of those exploiting young girls and converting them to their religion. We should systematically remove this racket from our society. Conventions like today will create awareness about this,” he had said while demanding the BJP to come out with a stringent law banning Love Jihad.

Two months ago, Chief Minister B.S. Yediyurappa had formally announced that the government would take strong measures to put an end to religious conversion in the name of love and marriage.

Since Yediyurappa’s formal announcement, credence to enact laws to ban Love Jihad has only grown in proportion.

The BJP state unit president Nalin Kumar Kateel has been regularly tweeting and demanding that a stringent law against Love Jihad is needed in Karnataka. (IANS)