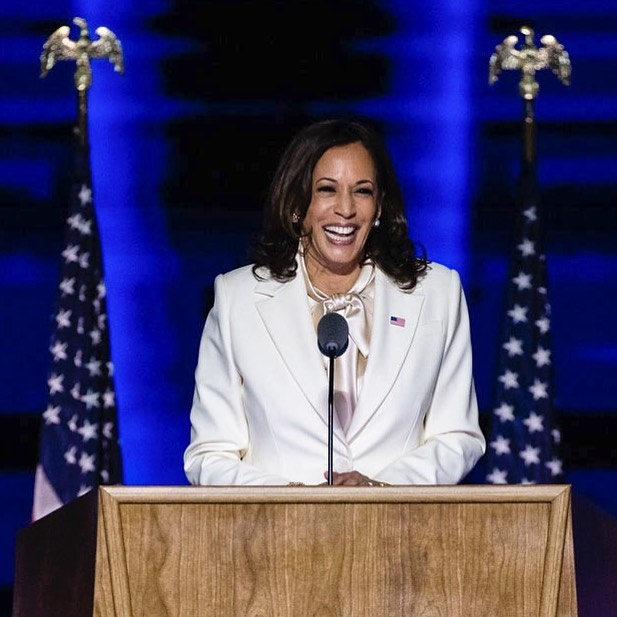 Dorsey is serving Harris’ favourite dish, the seafood gumbo, which is a soup that primarily consists a strongly-flavoured stock, meat or shellfish, a thickener, along with celery, bell peppers and onions.

Gumbo is the official state cuisine of Louisiana.

According to the chef, he and the Vice President-elect attended the Thousand Oaks Elementary school in Berkeley and had the same first grade teacher, Frances Wilson, ABC7 News reported on Sunday.

“I had Mrs. Wilson for the first and second grade so I had the luxury of having her two years,” Dorsey, also the owner of Robert Dorsey Catering and Events, was quoted as saying in the ABC7 News report.

“It wasn’t until five or six years ago that I realised that Vice President-elect also had Mrs. Wilson as a teacher. Prior to learning this, Mrs. Wilson had been one of the instrumental individuals of my life.

“She was one of the first individuals that gave me hope and gave me life,” he added.

Besides their teacher, Dorsey said that he and Harris also shared another common interest, their love for gumbo.

“That is what sparked me to put that on the Inauguration Day menu,” said Dorsey.

“The fact that, being in Berkeley and coming from the melting pot at Thousand Oaks, where we came from, was really fitting. The true connection is our love affair with gumbo,” the ABC7 News further quoted the chef as saying.

While the main dish is the seafood gumbo, for dessert there is banana raisin bread pudding with bourbon caramel.

Dorsey also said that he will provide his community with a delicious meal to celebrate the new administration.

“We are making it available the day before, so folks have time to prepare and watch the Inauguration and enjoy some dinner,” said Dorsey.

“I want to kick it off with some gumbo. We will be standing proud on the Inauguration Day. I am going to sit down and enjoy a pot of gumbo. I am going to bask in this moment and share this moment with my family and my community.”

Biden and Harris will be inaugurated on Wednesday. (IANS)

Vanita Gupta Receives Historic Confirmation as Associate Attorney General, the Third-Highest Position at the US Department of Justice

‘Sex addiction’ may be motive for Atlanta killer of Asian Americans

More Covid-19 fatalities discovered in US