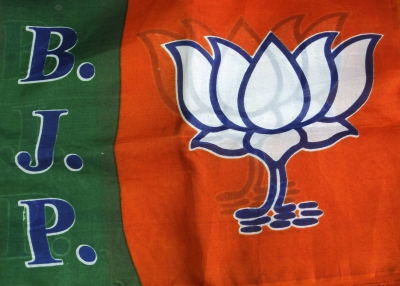 Hyderabad–Some BJP activists on Sunday attacked the house of TRS MLA Challa Dharma Reddy in Hanamkonda protesting his remarks on construction of Ram temple at Ayodhya.

Police said some BJP leaders and workers attacked the legislator of Telangana Rashtra Samithi (TRS) with stones and eggs.

BJP leaders and activists of Warangal Urban and Warangal Rural districts were allegedly involved in the attack. The attackers broke window panes and damaged furniture.

Police rushed to the scene and arrested the attackers. Assistant Commissioner of Police Jitender Reddy said the situation was immediately brought under control.

Trouble began during a protest organised by the BJP in front of the MLA’s house. Protestors, raising slogans of ‘Jai Sri Ram’, started pelting stones.

The BJP had taken strong exception to the remarks made by Dharma Reddy. While addressing a meeting three days ago, the MLA from Parkal had questioned why should people of Telangana donate for the temple in Ayodhya when there was already a Ramalayam in Bhadrachalam. “We have Lord Rama in Bhadrachalam. Who we need this Rama?” he asked the BJP leaders.

While stating that he was not against the idea of constructing a temple, the TRS legislators remarked: “God is for all and not just for you.” He alleged that the BJP party leaders were politicising the issue.

Talking to reporters on Sunday, Dharma Reddy reiterated his remarks. He also wanted to know why no account was being maintained about the donations for Ram temple.

The TRS and the BJP have been engaged in a slugfest over Ram temple over last few days.

Another TRS legislator K. Vidya Sagar Rao had slammed BJP leaders for donation drive for the temple. “They are doing a new drama. Everyone is a devotee of Lord Rama. Why do we need a Ram temple in Ayodhya. We have Ram temples in every village,” he had said.

Vidya Sagar Rao also had to face the ire of BJP workers, who accused him of insulting religious sentiments of Hindus.

In a statement, he said that there is no room in democracy for physical attacks.

He said all those who believe in democracy should condemn the act of BJP leaders who are resorting to physical attacks after failing to convince people with their arguments.

Rama Rao said BJP was crossing the limits of rational criticism to indulge in physical attacks and this was not appropriate in Telangana politics. “TRS wants value based politics in Telangana. BJP should realize that TRS has the strength to protect its cadres and every worker,” he said.

KTR, as Rao is popularly known, told BJP leaders that if they test the patience of TRS cadres, they will not be able to move freely. “TRS has the power to counter BJP’s physical attacks. We have already warned BJP that our patience has a limit. Still, we are moving ahead with patience and as a responsible political party. BJP should not forget that TRS is a party born from a movement.”

He urged intellectuals to question the BJP which is trying to create a divide in the peaceful Telangana society. (IANS)