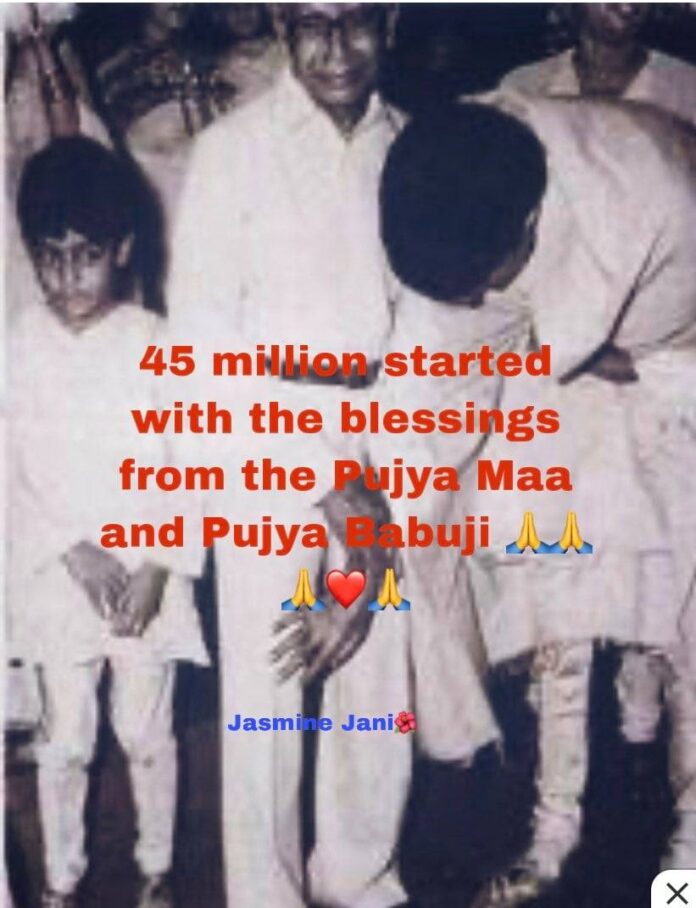 Mumbai–Amitabh Bachchan’s Twitter following now stands at 45 million. The actor celebrated the milestone with a throwback picture taken after his accident on the set of his 1983 release, Coolie.

The black and picture Big B shared on Instagram features his father, late poet Harivansh Rai Bachchan, and son Abhishek Bachchan with him.

The thespian mentioned that the picture was taken right after he came back home from hospital, after surviving the accident.

“The caption informs of 45 million on Twitter… thank you Jasmine, but the picture says a lot more… Its the moment I came home surviving death after the ‘Coolie’ accident… Its the first time ever I saw my Father breaking down ! A concerned little Abhishek looks on!” Big B wrote as the caption.

During a fight sequence on the sets of Manmohan Desai’s Coolie with co-actor Puneet Issar, Big B was supposed to fall on a table first and then on to the ground. However due to an error in timing Puneet ended up hitting Big B’s abdomen and he landed on the edge of the table leading to internal bleeding.

Currently, the 78-year-old actor is busy shooting for his next titled MayDay. The film also stars Ajay Devgn, Rakul Preet Singh and Angira Dhar, and it marks Ajay’s return to direction after Shivaay and U Me Aur Hum. The thriller is expected to release on April 29, 2022.

Big B also has Chehre, Brahmastra, Jhund, and an untitled film with Prabhas and Deepika Padukone lined up. (IANS)