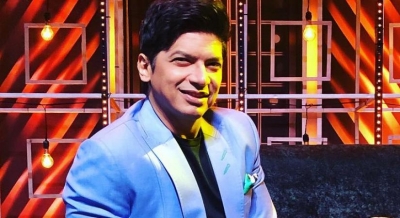 Mumbai– Bollywood singer Shaan has lent his voice to the title track of kids show, Keymon Ache. He says kids’ genre remains to be unexplored and untapped for him.

“I’m glad to have partnered with the channel to curate the song. Having raised two sons of my own, I’ve always been in awe of their unbridled enthusiasm and joy that kids have for the characters,” Shaan said.

“Working for kids genre is something very close to my heart; it always leaves me feeling refreshed and inspired to live life with the same passion that kids do. This genre has also been unexplored and relatively untapped for me, the title track of ‘Keymon Ache’ was so catchy that I had to make sure I take this a notch higher making it even more exciting to dive into! I am hoping that the song is received well by the kids,” he added.

“Keymon Ache”, an animated television series, airs on Nickelodeon Sonic. The show revolves around a kid, Rohan, who along with his magical friend, Keymon Ache, tries to get rid of his problems, but the magic always lands him in trouble. (IANS)