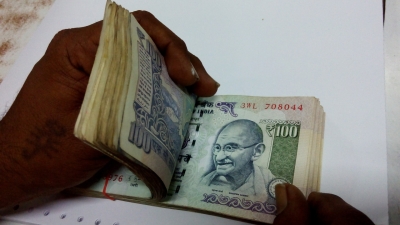 Mumbai–Consistent foreign fund inflows along with a Brexit trade deal will lead further appreciation in Indian Rupee as the currency ends 2020 on a high note.

However, rupee has been a laggard in 2020, as the currency did not appreciate much despite record inflows.

On the other hand, India’s forex reserves continued to rise, indicating, an active Reserve Bank which has kept rupee in a check, to make exports competitive.

The RBI is known to enter the markets via intermediaries to either sell or buy US dollars to keep the rupee in a stable orbit.

Besides, lesser intervention from the Reserve Bank is expected after it was called out by the US Treasury Department to curtail its market activities.

These factors along with a continued supply of foreign funds will lead to an appreciation move in rupee.

Indian rupee closed flat for the week close of 73.54 a dollar.

“Rupee appreciated is in line with continued foreign equity flows though the pace has slowed down,” said Sajal Gupta, Head, Forex and Rates, Edelweiss Securities.

“Expect some more rupee appreciation in last week of the year as successful Brexit deal would aid in the risk-on sentiment.”

Lately, FIIs inflows have powered a rally in equities and gave an appreciation push to the rupee.

The FIIs have so far this month invested over $6 billion in the equities and $594 million in the debt segment.

According to Emkay Global Financial Services’ Head of Research- Currency Rahul Gupta, Brexit deal along with the rollout of an effective coronavirus vaccine will continue to support the risk sentiments.

“Until the global economy is capable of recovering at a rapid pace once Covid-19 is defeated, the upside risk to the USDINR spot will remain intact. So even in 2021, as long as the USDINR spot is trading above 72.75-73, the trend will be bullish with 74.50 being the key resistance.”