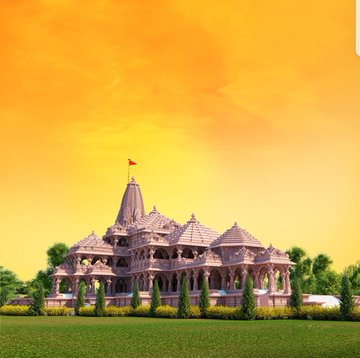 Ayodhya–The construction of the Ram temple in Ayodhya has run into a rough patch as the test piles for temple foundation failed to prove resilient enough in tests due to the unfavourable soil conditions underneath.

According to Rai, test piles (pillars) were placed at a depth of 125 feet and after 28 days, they were tested by subjecting them to 700 tons weight as well as earthquake shocks but the results were not according to the norms and hence, the work stopped there.

Explaining the problems, he said that there is a flow of water on the western side — where the sanctum sanctorum is to be built — from the river Saryu.

Till 17 metres down, there is no “original soil” and beneath that is sand in a powdery form, which prevents a firm grip for a foundation, Rai said, adding that experts from the IITs of Madras, Bombay, Guwahati, and Surat, the Central Building Research Institute (CBRI) Roorkee, Tata, Larsen and Toubro and the temple’s project manager Jagdeesh are discussing how to ensure a firm foundation and dealing with the water inflow issue.

“A retaining wall will be built under the ground around the Ram Mandir to stop the possible flow of water under the land,” he said.

Rai said that the work on the temple’s foundation will start in January, as the experts from various IITs and engineering institutes are preparing a report. (IANS)