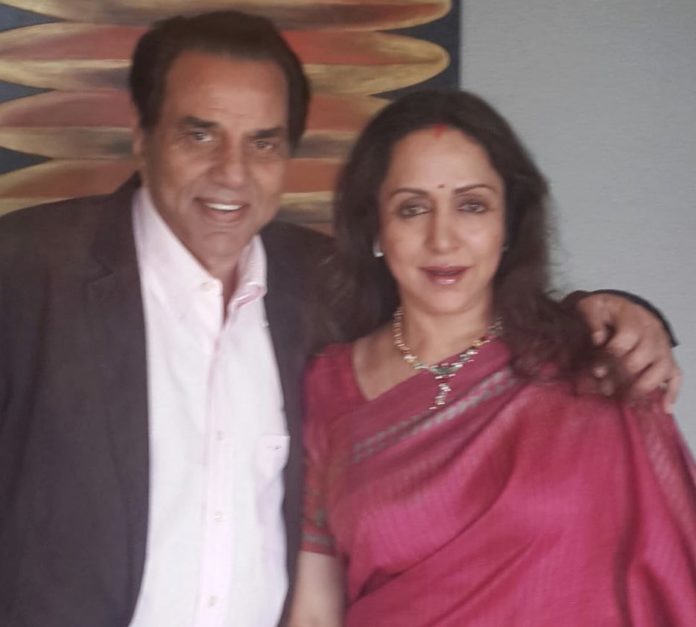 New York–Bollywood veteran Dharmendra was honored with a Lifetime Achievement Award by the State of New Jersey in the United States, by a Joint Legislative Resolution passed by the Senate and the General Assembly.

Both houses of the Legislature approved the Resolution recognising the actor’s immeasurable contribution to Hindi Cinema over the course of his career of six decades and across 300-odd films in which he appeared.

Acknowledging the award, Dharmendra thanked Bollywood Insider, and said: “I am extremely happy with this honour and proud to receive this one-of-a-kind award.”

The award was conferred upon the veteran actor via a zoom event organised by Bollywood Insider, a premier publication of Hindi Cinema in the United States. Dharmendra was considered “for the first ever historic award by a US State Legislature for an Indian actor, for his contribution to bringing international recognition to Indian Cinema, through tens of millions of his fans around the world,” said its publisher Varinder Bhalla.

Initial plans to invite the actor to receive the award at the New Jersey Senate were shelved due to Covid-19 related travel restrictions.

Ambassador Jaiswal thanked Senator Doherty for leading the Resolution in the New Jersey Legislature to honour “a timeless hero and a great son of India, which was not only a matter of pride for Dharmendra and his family but also for India”. (IANS)