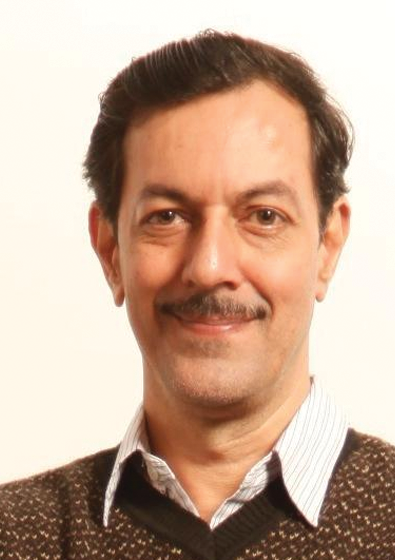 New Delhi– Film and theatre actor-director Rajat Kapoor, whose rendition of Shakespeare’s comedy ‘As You Like It’ will soon premiere as a digital play with Aadyam’s Digital Edition in December, said that recorded plays “can never pretend to be theatre, which exists only in the moment of its performance”.

Kapoor has directed “I Don’t Like It, As You Like It”, which was a raging hit and was first staged during Aadyam’s second season in 2016. It will come back for its digital edition on screens as Aadyam takes the stage to the screen. To maintain the authenticity of a distinctive theatre going experience to the best extent possible, Aadyam’s digital showcase will be recorded with a multi camera set up, enveloped for virtual viewing for three limited edition screenings via Insider.in’s digital streaming service for audiences across the country to enjoy.

Asked about his thoughts on the experience of a live theatre performance, versus a play recording, he told IANSlife: “Theatre happens when there is at least one actor on stage and there is at least one person in the audience. This is enough for the possibility of a theatrical performance. Everything else is secondary. There may or may not be a set, lights, dialogues, movement, music, costumes. All other elements may or may not be a part of the performance, but even without any of these elements theatrical performance can take place – an actor performs (he may be still and do nothing), and he is watched.”

“Now what happens in a recording of this performance is that the very basic coming together of the two necessary elements has been denied. The very essence of theatre is missing. Perhaps, at the time of the recording, when the actors performed – maybe at that moment there was a theatre. But when I watch that recording at home, what I am watching is a recorded play. It can never pretend to be theatre, which exists only in the moment of its performance.”

He likens the difference to the experience of holding your father’s hand, as compared to looking at the photograph of your dad while answering how theatre can be made more life-like in the digital realm.

“That picture is his, but it’s not him. The presence is not there. Now what you’re asking me is how do we make this photograph more life-like? Well, it will never be him… but one can try and find a photograph which will somehow reveal the essence of the man… and you can imagine how difficult that is.”

Re-wording an old saying, Kapoor said: ‘What happens on stage, stays on stage’. “What we watch through the digital medium is something else. I am not saying this because I have arrived at this through an effort of the mind, or intellect; it is my physical experience of watching a play- which is a process of being in the presence of somebody else’s energy, being a part of it – and even collaborating in that performance, because as an audience you giving back energy that feeds the performer. That ‘experience’ can’t be replicated on a screen.”

Sharing his directorial experience with ‘I Don’t Like It, As You Like It’, he adds: “With all these ideas in my head, you can imagine how difficult it must have been to try and film the play- as you like it… First of all, let’s accept that there can be no pretense of reliving the theatre experience. One can only start from this point onwards. After you accept this basic tenet- then one can somehow try to recapture the spirit of that play. So that people who’d watch it will at least get an idea of what the play must be like – live!”

On adapting his play for screen, Director Rajat Kapoor added, “This is one of the biggest challenges – the process behind retaining a play’s identity as a theatrical experience. Traditionally, I have never really been for this idea of recording plays to be watched elsewhere, because I feel something dies in transition. For me, the play exists for the purpose that it was designed for- to be watched live. Ensuring what we present and how we do it, I believe, will elevate its identity from a mere recording to then hold a deeper meaning for the production and the audience alike. With this firmly in mind, we move forward to present this new version of our play.”

‘I Don’t Like It As You Like It’ opens on Insider’s streaming platform on December 5, 13 and 13, tickets are available on Paytm Insider