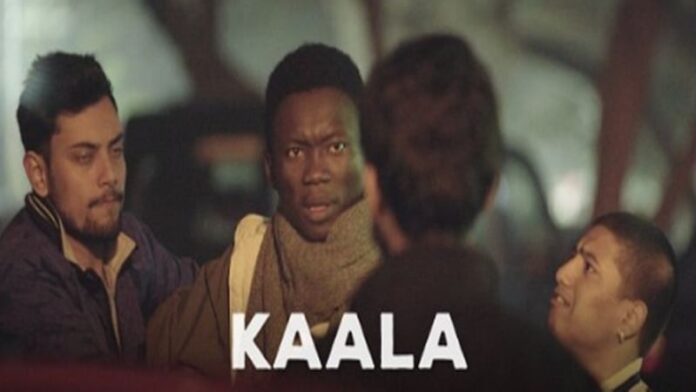 New Delhi– It took him a while to register the news that his short film ‘Kaala’, which won the Best Narrative Short Drama award at Cinequest Film & VR Festival in San Jose, USA had directly qualified for the Oscars.

“It was extremely overwhelming to hear that our independent film could deliver such content, and the story resonated with many. This recognition certainly makes us more confident about ourselves and our work. The movie will now compete for the nominations, results of which will be announced by January, next year,” says Delhi-based filmmaker Tarun Jain who has made films like ‘Mother’ and ‘Aakhir’ which have won several awards at film festivals across the world.

‘Kaala’, based on racially motivated attacks on African nationals in India, follows an African student in New Delhi, who becomes a victim of hate crime. Although the idea of the subject came to Jain through media reports that indicated increased crime against people from that continent, he undertook a six-month research before finally deciding to make this film.

“I was mostly listening to what they had to say and waited for them to express themselves. Sometimes it involved just hanging out with them to make them comfortable enough to open up,” he tells IANS.

Jain, who has also spent time in the US says he has chosen to tell a story which is both humane and relatable.

“I could clearly see the racial discrimination in the US too. At some point, I felt so much like an outsider, not welcomed there. Just like an African feels here. It all came together, all I had to do was connect the different dots.”

Talking about his fascination for ‘Shorts’, he says that the format allows one to tell multiple tales in a short span of time.

“If your intention is to only tell stories you relate to and there is paucity of funds, Shorts are something which work. At the same time, it’s also challenging because there is no return on investment. Not to mention, we are still looked at as short filmmakers and not filmmakers. I think we need to understand it’s important to see short films as films only,” he says.

Jain’s last two films which found distributors post their success in the festival circuit admits that there is no guarantee that a movie would sell even if it wins awards at film festivals.

“Of course, festivals do help you reach a big audience base which may not be the case with independent films if they are not released in theatres or acquired by agents or buyers.”

A graduate from the Delhi University who later persuaded a course in filmmaking from Sri Aurobindo Communication for Arts Centre in the capital, Jain, decided to crowd fund to complete the post production of ‘Kaala’ that stars Jude boman Tony, Kaatyaayani Pandey, Rahul Tewari, Chiranjit Das, Prashant Sharma and Aman.

“We were short on the budget and this was the only way we could raise the money and make the film. The response from people across the world was overwhelming.”

Currently working on another short film revolving around an outcast family living in the wilderness in the hills of Uttarakhand, the filmmaker is also working on an idea on a detective web series.

“There are a few scripts which would be pitched to potential producers in the coming months. I definitely have a lot of stories to tell,” he smiles.