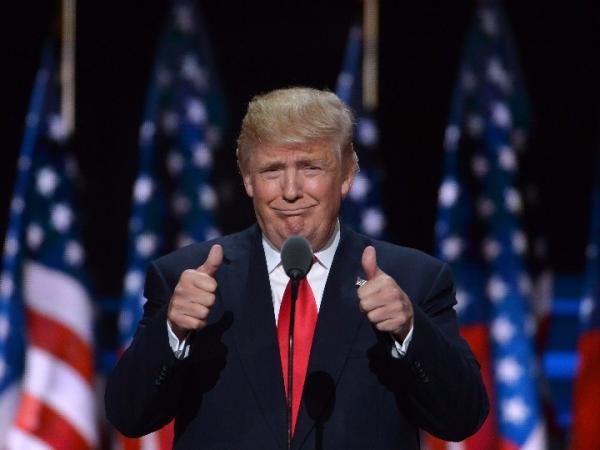 New York– US President Donald Trump’s Twitter thumb is hard at work, chiselling multiple versions of his imagined “I won” the 2020 US election drive.

The latest version is his clearest articulation yet of the parallel reality: “I won the election,” posted in all caps on Twitter at 11:55 EST, Sunday.

Twitter, for its part, has refined its art of the rebuttal. This time, it hasn’t just flagged the Trump tweet with its standard warning but instead posted a long scroll of all the election results called by US news networks, with hyperlinks.

In the span of 12 hours over Sunday, Trump tried to walk back an earlier acknowledgment that Joe Biden won the White House.

Trump’s comments on Sunday morning did not use Biden’s name. “He only won in the eyes of the FAKE NEWS MEDIA,” dropped first, followed by “I concede NOTHING! We have a long way to go. This was a RIGGED ELECTION!”

Pretty quickly, Trump’s comments were interpreted as his first, reluctant nod to a Biden victory, on his favourite social platform.

It’s now nearly two weeks out from Election Day, and Biden had crossed the 270-mark on November 7. He has now closed out his tally with 306 electoral votes but Trump has refused to concede defeat.

White House officials have taken the Trump argument to a sycophantic high, insisting that they are preparing for a smooth transition to a Trump second term.

Meanwhile, President-elect Joe Biden and Kamala Harris are scheduled to make remarks on the US economy on Monday afternoon. Expect Trump’s Twitter feed to explode. (IANS)

Move to impeach Trump again: What to watch, how to track

Manatee with ‘Trump’ etched into its back spotted in US

Article of impeachment against Trump introduced in US lower house

Facebook bans Trump for rest of term, could bar permanently