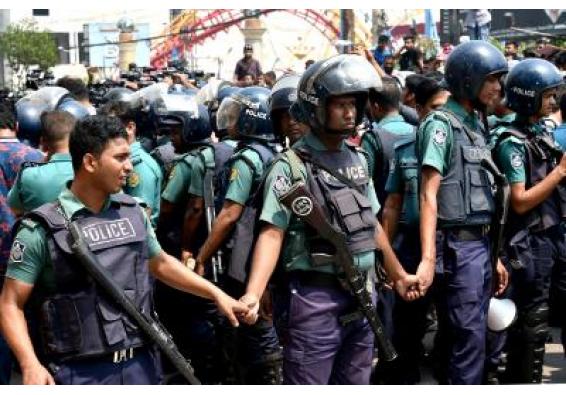 Dhaka–Three homes of Hindu residents in Bangladesh’s Cumilla city were vandalised and burned over rumours of an alleged Facebook post slandering Islam, a media report said.

The attack took place on Sunday in the city’s Muradnagar area, reports bdnews24.

The police arrested two people, including the headmaster of a kindergarten school in Purbo Dhour, on charges of hurting religious sentiments, Qamruzzaman Talukder, OC of Bangra Bazar Police Station, said.

The deputy commissioner said the locals carried out arson attacks on the three homes, including those of the two arrested persons.

According to the police, a Bangladeshi, who now lives in France, praised French President Emmanuel Macron for taking steps against “inhumane ideologies”.

But a screenshot of the post and comment spread on social media with the claim that the headmaster supported caricatures of the Prophet, bdnews24 quoted a local resident as saying.

As the rumours about the Facebook post spread further, tension mounted in the area, which finally led to the torching of the homes. (IANS)