Kajol proud of men in her life

Mumbai– On International Men’s Day, Bollywood actress Kajol gave a shoutout to all the men in her life and said she is proud of them.

“Women raise men, Let’s do it the way we want to be treated. To all my guys, so proud of you #InternationalMensDay @ajaydevgn @daanish_gandhi #amangandhii #YugDevgan,” she wrote while sharing a picture of her son Yug, husband Ajay Devgn and nephews Aman and Daanish.

On the work front, Kajol is all set to enter the digital space with “Tribhanga”, a drama set in Mumbai.

The OTT film will weave a complex story of a family while going back and forth through three generations, from the late 1980s to present day. The film, directed and written by veteran actress Renuka Shahane, also stars Tanvi Azmi and Mithila Palkar.

In the Instagram picture Kareena posted, Taimur holds a dish and seems to be offering it to someone.

Alongside the image, Kareena wrote: “French fries anyone? PS: Thank you @arjunkapoor for being our official photographer.”

Kareena and her best friend Malaika Arora were in Dharamshala, where actors Saif Ali Khan and Arjun Kapoor are shooting for their next film, “Bhoot Police”.

Kareena recently completed her shoot for the upcoming film “Laal Singh Chaddha” starring Aamir Khan in Delhi. The film is an adaptation of “Forrest Gump”.

Mumbai– Bollywood superstar Salman Khan and his family have tested negative for Covid-19. 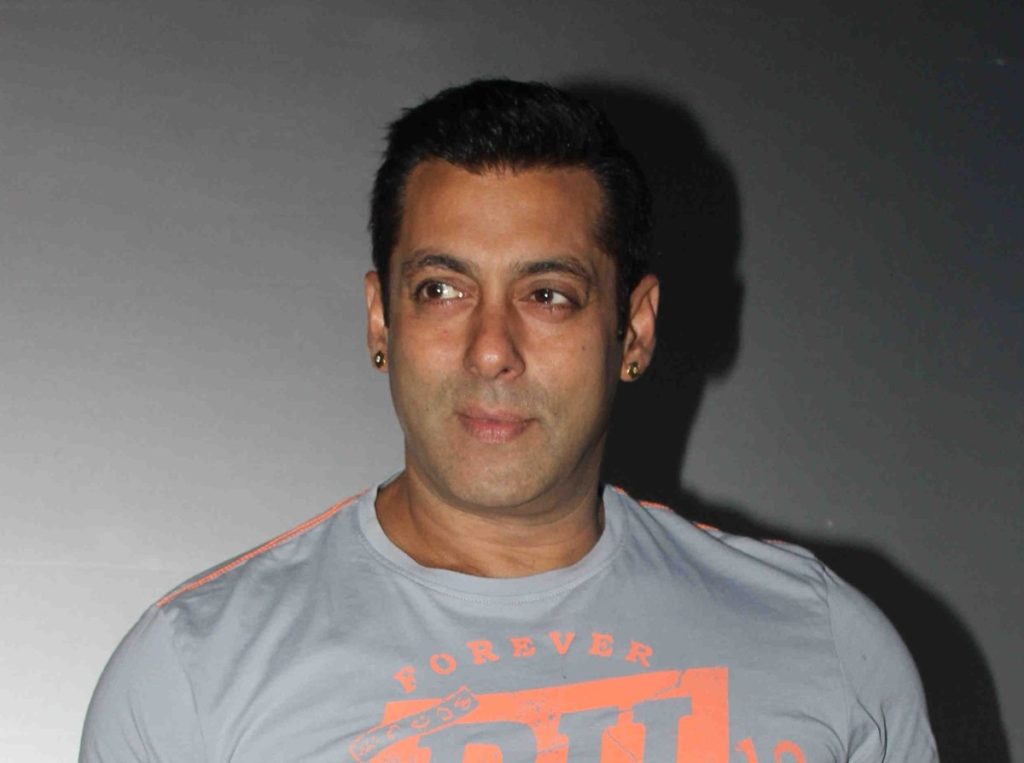 The actor and his family members underwent Covid-19 test after his personal driver and two staff members tested positive for novel coronavirus, according to an earlier report in the India Today website. However, Salman and his family tested negative on Thursday, as per the same report.

Salman Khan’s driver and two staff members are reportedly admitted to a hospital in Mumbai where they are undergoing treatment.

An official confirmation from the actor’s team regarding the same is still awaited.

On the work front, Salman Khan is currently appearing as the host in the reality television show “Bigg Boss” Season 14. He has also completed shooting for his next film, “Radhe: Your Most Wanted Bhai”. Salman also has “Kick 2” and “Kabhi Eid Kabhi Diwali” lined up.

Sonakshi posted a picture on Instagram where she is seen dressed in black, standing with her back against a wall.

“From the shoot of #Force2. Clicked but never posted. Until now. Not sure why. #throwbackthursday,” Sonakshi captioned the video.

The 2016 action thriller directed by Abhinay Deo also stars John Abraham and Tahir Raj Bhasin. It is a sequel to the 2011 film, Force.

Sonakshi will next be seen in Bhuj: The Pride Of India alongside Ajay Devgn. The period drama looks back at the story of 300 women of Madhapar village in Gujarat’s Kutch district, who played a pivotal role in helping India win the 1971 Indo-Pak war.

Mumbai– Renee Sen, daughter of actress Sushmita Sen, will make her debut as an actress with the short film, Suttabaazi.

Directed by Kabeer Khurana, the film tells the story of a 19-year-old named Diya, played by Renee, who is a clandestine smoker and is stuck with her nagging parents during lockdown. The trailer of the film was launched on Thursday, which happened to be Sushmita’s birthday.

“My mother has always taught me the importance of merit, hard work and joy of doing things your way. Yes, ‘Suttabaazi’ might not be a conventional choice but I always dreamt of starting out on my own with something different,” Renee said.

“It’s such a fun and relatable film, and moreover a beautiful story. I am really excited to launch it on my mother’s birthday which makes it all the more special,” she added.

Talking about the film, Kabeer said: “This project belongs to the cast and crew behind this film, who have worked relentlessly over the past month to put it together.”

Mumbai– Actress Rakul Preet Singh will co-star with Amitabh Bachchan and Ajay Devgn in the thriller drama, Mayday. The film is directed and produced by Ajay Devgn.

The actress will be seen in the role of a pilot. This is her second film with Ajay after “De De Pyaar De”.

“I have worked with Ajay sir in the past and (I am) extremely thrilled to be working with him yet again as his co-pilot in a film where he is not just my co-star but director too,” Rakul said.

“When I decided to be an actor like all the other aspiring actors I had a dream to work with Mr. Bachchan and I am glad that with this film my dream to share screen space with him will come true,” she added.

Rakul will begin the shoot of “Mayday” mid-December in Hyderabad.

Big B and Ajay have worked together in “Major Sahab”, “Khakee”, “Satyagraha” and “Hindustan Ki Kasam”, and the new film, which belongs to the drama genre, sees the two stars collaborate after over seven years. Their last outing together, “Satyagraha”, released in August 2013.

It is said that Ajay will be seen playing a pilot. Details about Big B’s character are being kept under wraps.

In the Instagram picture, Sunny matches her LBD with a bright blue jacket. She completes the impact leaving her hair open and casually holding her stilettos in one hand as she walks barefoot. She gives a smile away from the camera for impact.

“Headed to work? Headed to buy groceries?? Or just going for a stroll?? Hmmmm….” she teased in the caption.

Sunny was in Los Angeles with her family for six months this year following the onset of the pandemic. At that time, she said she felt they would be safer in America than in India during the pandemic.

She returned to Mumbai recently and has resumed work, though she hasn’t yet disclosed anything about the project she is shooting for. (IANS)