SUDBURY, MA—Dr. Surendra Verma, a resident of Sudbury, MA and a professor at the Tufts School of Medicine doing research on cancer, passed away peacefully on Wednesday, and was surrounded by his family. He was 79, and was suffering from cancer for the last two years.

Mr. Verma and his wife, Vimi Verma, have been well-known personality in the Indian American community for over 40 years in New England. His wife Vimi had first Indian TV show, which ran in Boston for over 25 years. Then, they started Indian Restaurant Paani about 8-10 years ago. 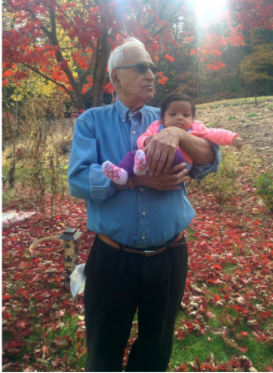 Mr. Verma was stricken with cancer for last two years. Women & Brigham Hospital could not do any more for him, and after consulting with family, sent him home 4 weeks ago. He was in good spirit, and was sitting even Wednesday afternoon, but passed away couple of hours later.

Dr. Verma was born on June 19, 1940 in Bulandshar, India to Amichand and Dayawati Singh. As the oldest of seven, he was a pillar of determination for his siblings. He left home at age 11 for boarding school, beginning his pursuit of academic achievement. It was his lifelong goal to ensure each of his siblings also pursued an education and supported them throughout their journeys.

Dr. Verma attended Nrec College (government college in Khurja, India). From there, he went on to earn his Masters in Chemistry from Aligarh Muslim University, after which he was stationed as a meteorological analyst in Pune. In 1962, after being introduced by their fathers, Dr. Verma married first wife Sneh Tomar in Rajasthan. The two moved to Roorke so Surendra could pursue his PhD in Chemistry from Indian Institute of Technology, Roorkee – the first class of PhDs earned from that IIT campus. In 1966 they welcomed their son, Suneet.

Upon finishing his PhD, Dr. Verma and Sneh moved to Haryana where he took a post as a lecturer at Kurukshetra University. After the sudden passing of his first wife, Dr. Verma moved to the United States to complete his postdoc at Michigan State University in 1968.

After a 40+ year career as a Research Scientist and Associate Professor at Tufts University School of Medicine in Boston, in which he authored more than 100 peer-reviewed papers (including in publications such as Scientific American and Nature) he retired to support Vimi’s passion for food and entertaining, opening Paani Restaurant in 2009.

Dr. Verma was private, intelligent, compassionate, jovial, analytical, and loving. He was an avid gardener with his prize crop being lauki; growing up to 4-ft in length. His lauki were often the victims of envy and eventual theft, which of course, made him even prouder. He became a skilled photographer, loved listening to music and reciting “shayaris” (poems). He enjoyed cooking, whiskey and red wine, and starting each day sitting on the porch, sipping a cup of chai. Surenda was a Pats and Celts superfan, never missing a game on Sunday. A (self-proclaimed) DIY master, another favorite hobby of his was “fixing” things around the house. But most of all, he loved bargain hunting for designer labels at Filenes Basement in downtown Boston.

His funeral is planned as follows:

Family and friends who are not able to join us in person, can observe the service remotely:

Dr. Verma cherished traditional Hindu traditions, so in his honor the family is request that you dress in neutral (beige/white) colors.  In lieu of flowers, the Verma family asks that a memorial donation be made to: Indian Circle for Caring USA Inc., (ICC): www.ouricc.org .Please specify “Memorial Donation in Honor of Dr. Surendra Verma”