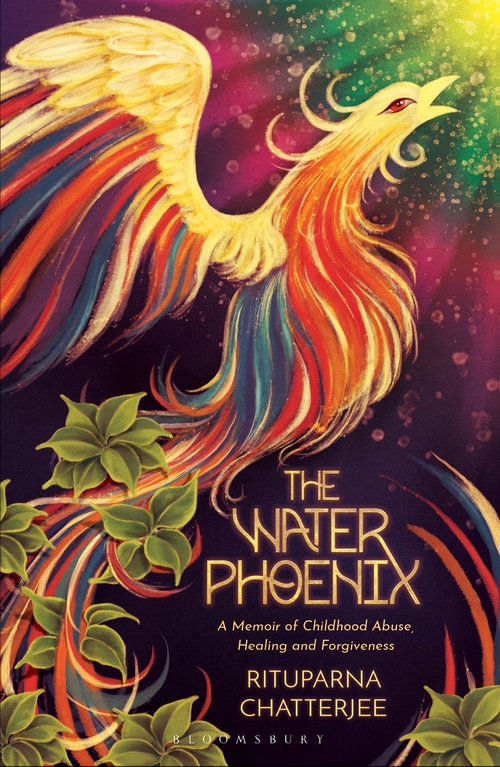 New Delhi– How many women have the courage to portray in graphic detail the sexual abuse they have suffered from age six? Rituparna Chatterjee grew up through the “sheer hell” of it — and “healed and made peace with the demons” to write “The Water Phoenix” (Bloomsbury), a memoir that she describes not as a catharsis for her but one which she hopes will serve as purge for the many grownups who have never spoken out about their own horrors of being abused and who are already reaching out.

“I was afraid to write it though, even more so when I was told it won’t work as auto fiction but it would be very powerful as a memoir, especially because stories of healing from abuse are extremely rare. Writing it was therefore an act of courage. I wasn’t afraid to revisit what had happened, for I am the very rare case of someone who has healed,” Chatterjee told IANS in an email interview from San Fransisco, where she is now settled — far away from the rural Bengal where she was born.

“I wasn’t afraid to revisit what had happened, for I am the very rare case of someone who has healed. This is also why this book was not catharsis for me. But it will be for the many grownups who have never spoken about their own horrors of being abused and who are already reaching out. I’m frankly overwhelmed. We need more such stories so that there is a collective catharsis,” she added.

However, it was not a book Chatterjee set out to write. “I was trying to write another novel but it was not going anywhere. I sought refuge in writing poetry, as I have done since childhood, and finished two volumes that I’ve chosen to never publish. And still, no traction with the novel. Then while painting, ï¿½The Water Phoenix’ came, wanting to burst out, and so it did, writing itself fairly quickly.”

Set in five parts — Childhood, Boarding School, Bombay, Forgiveness and Freedom — the tale unfolds through 21 chapters. It begins with the earliest memories from a highly intuitive toddler’s beautiful world, steeped in magic realism; being raped at six by a family elder and having her first near death experience; attending sex education classes for high school girls by orthodox nuns that turns her internal world into a horror movie; deciding it’s best to avoid the opposite sex altogether; successive near death experiences; a very joyful family event but where she’s face-to-face with the original rapist; Bombay becomes a haven; and transforming her life by becoming a healer now that she has transcended abuse.

The final chapter is very appropriately titled “I Am Not My Story: Life as Art”.

“Life is art. The greatest art there is. What happened does not matter. What matters today is what you do with the past. When you let go of your story and live in the now, infinite possibilities show up….

“Today, a family of redwoods watch over me from my bedroom window” – just like the tall peepul tree in her garden when she was two-and-a-half-years-old, Chatterjee concludes the book.

“Children’s books made me happy no matter how dark life was,” Chatterjee said during the interview. So, she started off by nursing her wounded inner child and writing a children’s novella, “The Plight of the Purple Genie” in 2007.

However, with the demands of her job as a foreign correspondent for a leading Indian economic daily (for which she continues to write a lifestyle column) “working on multiple time zones, I didn’t have the bandwidth to incorporate the edits publishers had suggested”, she said.

In the end, she abandoned this and wrote a series of short stories for children which got published in children’s anthologies. These challenged the status quo by showing maids were feminist incarnations of mother goddesses like Durga, uncomfortable relationships between step-children of divorced parents turning into deep bonds, feminist, no-nonsense, badass grandmothers who chose to live alone and independent lives, inspiring spoiled rich grandkids to find their own self-concepts and work towards them, et al.

“Childhood never really ends and our childhood selves never leave us for they are our purest essence, when we felt things deeply. I would tell stories of my childhood, read from the unpublished novella and narrate his own baby adventures to my child. So now, with the luxury of hindsight, it seems like ï¿½The Water Phoenix’, and its genre, a magic realism memoir, were natural progression,” Chatterjee concluded.

May the Force always be with her! (IANS)