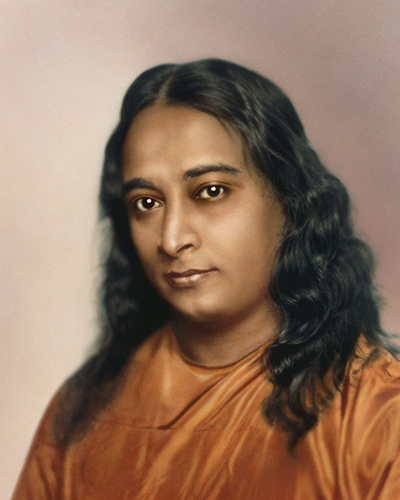 LOS ANGELES—Paramahansa Yogananda’s landmark commentary on the original teachings of Jesus—The Second Coming of Christ: The Resurrection of the Christ within You (Self-Realization Fellowship, Los Angeles, CA)—has just been released for the first time in an eBook edition.

One of the most important works from Sri Yogananda—whose best-selling spiritual classic, Autobiography of a Yogi, introduced millions to the science of yoga—The Second Coming of Christ provides a compelling interpretation of the teachings of Jesus Christ, revealing the underlying unity of original Yoga and original Christianity, and the path for direct experience of God through meditation.

“For uncounted millenniums, India has been the spiritual lightland of the earth,” Sri Yogananda says in The Second Coming of Christ. “It is in India that the divine soul-science of yoga ¾ union with God through direct personal communion with Him ¾ has been preserved. That is why Jesus went to India as a youth….” 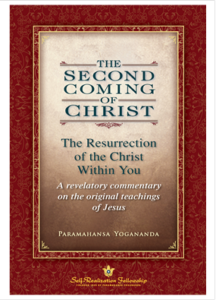 In the Introduction to the book, Sri Yogananda describes the very sacred communion between Jesus and the great masters in India who sent Paramahansaji to America to spread the Yoga science of God-realization. Part of the request made of him by these masters was: “To reveal the complete harmony and basic oneness of original Christianity as taught by Jesus Christ and original Yoga as taught by Bhagavan Krishna; and to show that these principles of truth are the common scientific foundation of all true religions.”

First published by Self-Realization Fellowship (SRF) in 2004 as a slipcased hardcover edition, The Second Coming of Christ guides the reader through the four Gospels, verse by verse—into the deeper meaning of Jesus’ universal message. “These teachings,” Sri Yogananda says in his introduction, “have been sent to explain the truth as Jesus intended it to be known in the world— not to give a new Christianity, but to give insight into Christ-teachings: how to become like Christ, how to resurrect the eternal Christ within one’s Self.” Through insightful commentary, Sri Yogananda strips away the divisiveness and dogmatic approaches that have accumulated around Jesus’ teachings and affirms that it is possible for every individual—regardless of one’s faith tradition—to have the same relationship that Jesus had with the Divine.

In the book’s 75 discourses, Yogananda provides in-depth discussions of what he describes as the real meaning of Jesus’ words. He outlines the methods of God-communion that he says Jesus imparted to his direct disciples but which were obscured over the centuries, and explains such topics as the Holy Ghost, baptism, meditation, forgiveness of sins, reincarnation, heaven and hell, and resurrection. In so doing, he reveals the underlying unity of Jesus’ moral and esoteric teachings with India’s ancient science of Yoga, meditation, and union with God.

The book also explores the difficult question of Jesus’ miracles, which Yogananda says are possible to saints and sages of any religion who master the scientific laws governing matter, energy, and consciousness. One of the features that distinguishes Paramahansa Yogananda’s commentary from most other Bible interpretations is his conviction that there is no inherent conflict between science and faith. His very accessible overview of the cosmology of India’s seers, cited side-by-side with that of Einstein and the latest in theoretical physics, provides substantial support for the ultimate convergence of science and religion.

The eBook edition of The Second Coming of Christ: The Resurrection of the Christ within you features 19 full-color and sepia duotone prints depicting the life of Jesus Christ, including reproductions of rare drawings by German artist Heinrich Hoffmann, as well as index, subject annotations, and comprehensive glossary.