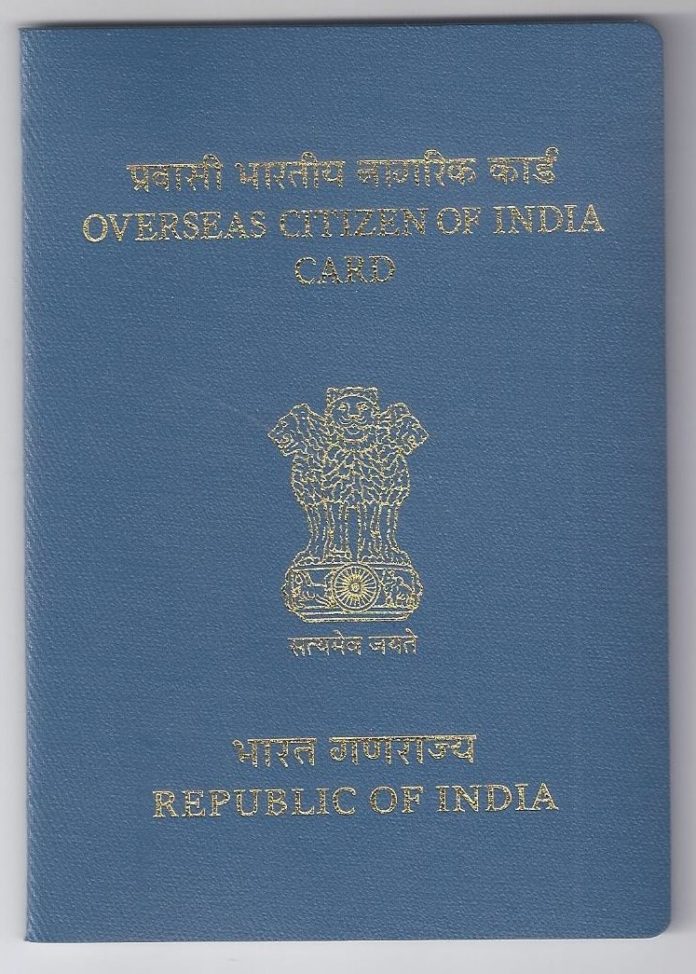 NEW YORK—The government of India has issued new instructions about the re-issuance of Overseas Citizen of India (OCI) Card and has granted extension of renewal time.

The following OCI guidelines have been in force since 2005:

cardholder up to the age of 20 years.

30, 2021 to get the OCI cards re-issued in accordance with above guidelines.

Who is an OCI?

According to the Indian government website, the following criteria applies:

(iii) who belonged to a territory that became part of India after 15th August, 1947; or

(v) who is a minor child of such persons mentioned above; or

(vi) who is a minor child and whose both parents are citizens of India or one of the parents is a citizen of India – is eligible for registration as OCI cardholder.

However, no person, who or either of whose parents or grandparents or great grandparents is or had been a citizen of Pakistan, Bangladesh or such other country as the Central Government may, by notification in the Official Gazette, specify, shall be eligible for registration as an Overseas Citizen of India Cardholder.

Foreign nationals cannot apply for OCI in India while on Tourist Visa, Missionary Visa and Mountaineering Visa. Moreover, the foreigner has to be ordinarily resident of India to be eligible to apply for OCI registration in India.

Note: ‘ordinarily resident’ will mean a person staying in a particular country or in India for a continuous period of 6 months.