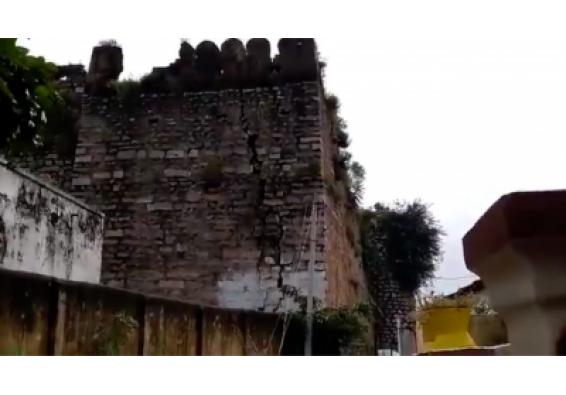 Three houses were damaged under the debris of the fort. However, no one was injured as the residents had vacated the house after cracks in the fort widened following heavy rains during the last few days.

A video of the fort’s collapse went viral on social media. Locals can be heard screaming as the dilapidated structure caved in.

Popular as Qila Shahpur, the hill fort was located in Raghunathapalli mandal of Jangaon district.

It was built in 1690s by Sardar Sarvai Papanna Goud, who along with nearly 4,000 men had attacked Warangal in 1708 after the death of Mughal emperor Aurangzeb.

It is said that the fort was blown up by the forces led by Dil Khan, then deputy governor Hyderabad. Papanna Goud later rebuilt the fort.

According to historian, Papanna Goud and his men were besieged four times while occupying the fort. He was captured and executed in 1710. (IANS)