Shruti Hassan: Learned to love in new way in 2020

Mumbai– Actress and singer-songwriter Shruti Hassan talks of evolving as a person this year, adding that she has found new meaning to love and a new way to approach art.

“Looking back — sorry 2019 I didn’t mean to hate on you lol wow this year is almost done ! Learned a (sh*t emoji) load about life and people and humanities strengths and weaknesses this year – also learned what a natural loner I am and how much I value the people that truly count,” she began her note on Instagram.

“I learned about art and the love it gives me in a whole new way and I learned to love in a whole new way. It’s strange to say this In a dark time — but this is exactly where we were meant to be and the reasons don’t matter as much as growth and evolution does,” she added, with the hashtags pensive, Octoberfever and Almostdone.

Daughter of celebrated actor-filmmaker Kamal Haasan and actress Sarika, Shruti started her career as a child artiste. She appeared in “Hey Ram” and lent her voice to the title song of the film. In the south she has been a part of successful films such as “Unnaipol Oruvan”, “7aum Arivu”, “Anaganaga O Dheerudu”, “3”, and “Balupu”.

Mumbai– Actress Rasika Dugal enjoyed her avatar as narrator of an audiobook series. She hopes her effort will bring a positive chance in these grim times.

Rasika has done the narrating assignment for “Uncovidable”, an audio series that revolves around a woman who is told to stay put for 21 days amid lockdown, as a result of the pandemic.

“The lockdown introduced me to a variety of audio content. It’s the best way to keep the mind occupied while doing house work! I have listened to both fiction and non fiction podcasts, and was delighted when I was asked to be a part of one. ‘Uncovidable’ is quirky and lighthearted and I hope will be a breezy listen in these difficult and grim times,” Rasika said.

Based on screenwriter and playwright Vekeana Dhillon’s real-life events, the series unfolds through unanswered voice messages she leaves on her best friend’s phone.

Apart from “Uncovidable”, the actress will soon be seen in web series “Mirzapur 2”. Season one ended with the death of two important characters — Bablu Pandit (Vikrant Massey) and Sweety Gupta (Shriya Pilgaonkar) — and the upcoming season is all about revenge. Guddu Pandit (Ali Fazal) and Golu (Shweta Tripathi) will lock horns with Kaleen Bhaiya and his son Munna Tripathi( Divyendu Sharma). The series goes live on October 23.

Mumbai– Actress Bhumi Pednekar has completed her dubbing for her upcoming film, Durgavati. On Monday, Bhumi shared a picture of the dubbing session on Instagram.

“Dub Completed My life is now more like Rasode Main Kaun Tha? Actually Darwaze ke peeche kaun tha ? Bye Durgavati, see you the other side #Durgavati #11ThDec,” Bhumi captioned the picture, where she flashes a smile and poses in a studio.

Directed by Ashok, the film is reportedly the official Hindi remake of Telugu horror thriller, “Bhaagamathie”. Superstar Akshay Kumar is presenting the project, scheduled to launch on Amazon Prime Video.

A few days ago, the makers unveiled the spooky poster of the film, where we see Bhumi sitting outside what looks like an ancient temple.

Manali– Actress Shilpa Shetty is currently shooting in Manali, and she says starting her day at the break of dawn in the scenic resort mountain is an exhilarating experience. Although she has a busy schedule, she is not compromising on her fitness regime.

“#MondayMotivation from Manali… Manali isn’t called ‘Dev Bhoomi’ (the Valley of Gods) for nothing! The energy and beauty are exhilarating,” she wrote on Instagram while sharing a video of her workout session.

“So inspiring that I decided to start my day at the break of dawn with the mountain pose in front of the mountains. Starting with Padahastasana, Parvatasana, Marjariasana… this flow opens up the whole body; strengthens & stretches the back, hamstring, calf muscles & shoulders; improves digestion & blood circulation. If you want to be immovable like the mountains, then you must try this flow,” said the actress, who is seen in a black sports bra and a pair of blue yoga pants in the video.

The actress is in Manali shooting for her upcoming film “Hungama 2”. She is shooting along with Paresh Rawal, Meezaan and Pranitha Subhash. The film is the second installment of Priyadarshan’s 2003 hit, “Hungama”.

When Ayushmann, Tahira used to ‘make-out’ while watching SRK’s films

Mumbai– Ayushmann Khurrana and his wife Tahira Kashyap Khurana are huge fans of superstar Shah Rukh Khan, and an anecdote from their dating days is proof of the fact. 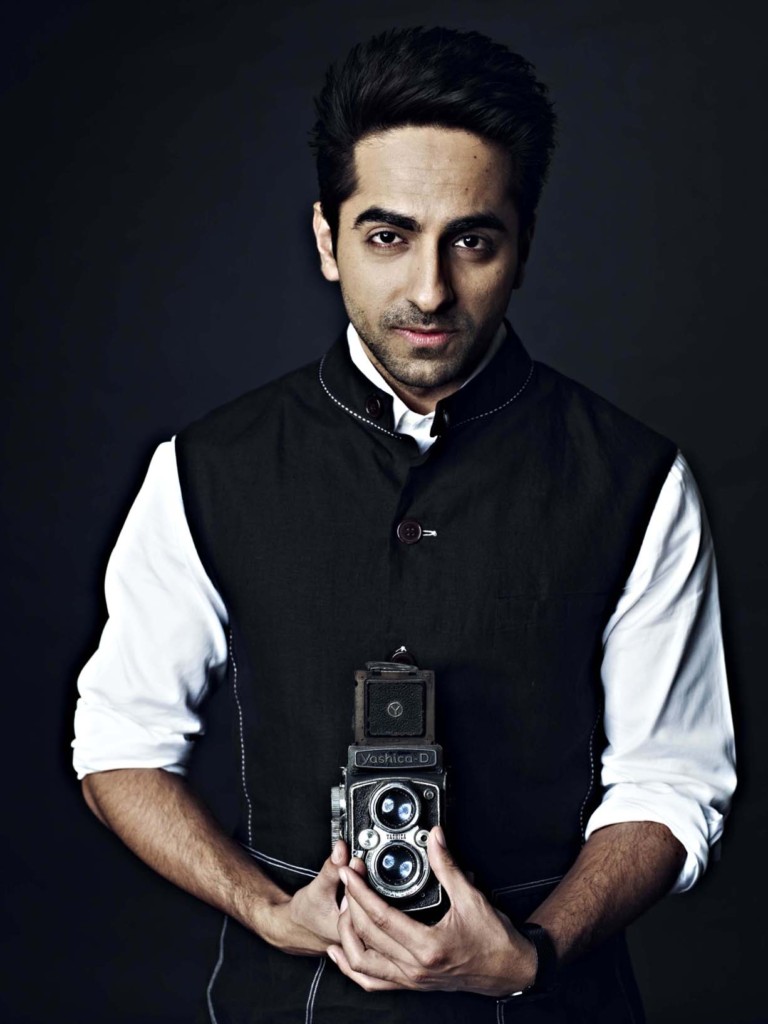 In Tahira’s new book, “The 12 Commandments Of Being A Woman”, she has revealed that she used to “make-out” with Ayushmann while watching SRK’s movies in theatres.

SRK has now reviewed the book, and reacted on the revelation.

“I’m not sure if I should be happy or offended that Tahira and her beau’s favourite make-out spot was in the cinema watching my movies (which kind of explains the strange smiles both of them have on their face wherever they meet me). This wonderful book is full of many such gems that will make you laugh as much as I did. More love to Tahira,” SRK’s review read.

“Dear @iamsrk your movies not only made me bunk college but also made me shift a couple of bases… ahem! Your onscreen romance translated to an off screen one for me. Big thank you for that to begin with and for the day that I truly experienced your magnanimity at the TED talk when you didn’t judge me for my aspiration to be in Pam/Kim clan and today for having shared your kind words for my book! My heart is bouncing with joy! Big thank you once again,” Tahira wrote.

Jacqueline Fernandez is all smiles as she resumes work

Mumbai– Actress Jacqueline Fernandez is back to work and she could not have been happier. On Monday, the actress shared an Instagram video, where she is seen getting her hair and make-up done and happily capturing the moments on her phone.

According to a source, a few days back the actress’ shoot was stalled abruptly after some crew members tested Covid-19 positive. Following necessary precautions, Jacqueline has finally resumed shooting for brands and commercials.

The actress recently shot for a podcast to be released soon.

On the big screen, Jacqueline will next be seen with Salman Khan in “Kick 2”. She also stars in “Bhoot Police” alongside Saif Ali Khan and Arjun Kapoor.

Mumbai– Actor Akshay Kumar has started shooting for the upcoming historical, Prithviraj. This was confirmed by Dr. Chandraprakash Dwivedi, director of the film.

“Yes, we have resumed ‘Prithviraj’ shoot at YRF studios and the entire team is excited to have a great shooting schedule,” Dwivedi said.

A source said Akshay started shooting on October 10 for the film, and the schedule is an intense one.

“Sonu Sood has also started shooting from the 10th. The team has worked non-stop to ensure that everything was in place for this complex shooting schedule to restart,” said the source.

“It’s great news that big films are starting to shoot again, as it will make others more confident to restart the industry. We have heard that Manushi joins the shoot on October 13, and Sanjay Dutt will start shooting post Diwali.” (IANS)