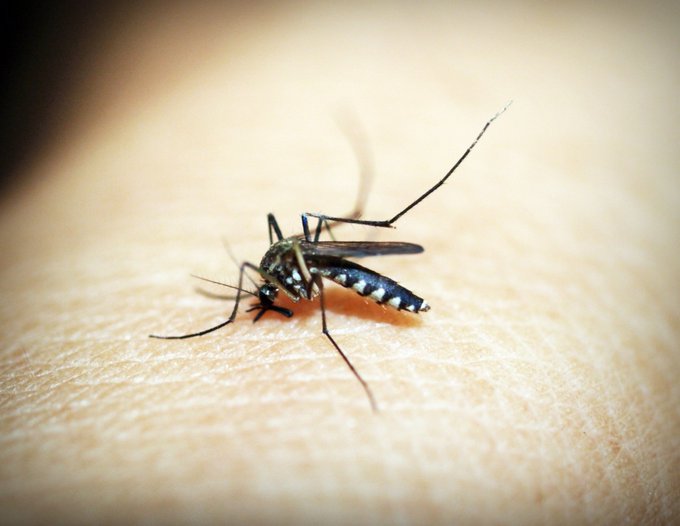 New Delhi–While Delhi’s healthcare is overwhelmed with tackling the COVID-19 pandemic, another epidemic of vector-borne diseases are knocking at its door. A whopping rise of 24 per cent in Dengue, Malaria, and Chikungunya cases were recorded in the last one week.

With 69 new Dengue, Malaria and Chikungunya cases reported in the last week, the totally tally has gone up to 277 this year.

The latest report reveals 24 fresh cases of Dengue, 38 cases of Malaria, and 7 cases of Chikungunya were reported in Delhi between August 23 to 29. While the total incidents of Dengue have reached 105 this year, 128 people have been infected with Malaria, and the tally for Chikungunya is 44 till August 29.

The corporations stated that they reported incidents of mosquito-breeding at 44,259 households and served 35,103 legal notices to the violators. Meanwhile, 1,512 prosecutions were launched against the violations.

“Mosquito-breeding has been reported in at least 44,259 households, and 35,103 legal notices have been issued this year. The Dengue breeding checkers have checked 12,666,665 houses and also issued challans to 1,512 numbers of office and residential premises,” mentioned the latest report by the South Delhi Municipal Corporation (SDMC), which publishes infection data from all municipal corporations of Delhi.

The officials claimed that the situation is under control. “We have comparatively less cases from last year. Also, we have roped traders’ associations and RWAs to spot and cover the uncovered drains. The cleaning of drains is also done regularly,” a senior official claimed.

While the corporations claimed that everything is hunky-dory, the resident welfare associations contradicted their claim. Atul Goel, president of United Residents Joint Action (URJA), an apex body of over 2,500 RWAs in Delhi, said that sanitization, door to door checking, and removal of stagnant water in low lying areas are not being done

“There is very little work happening on the ground. What we frequently see is fogging by the corporation workers. While it kills the mosquitoes, the major source of their breeding, which is stagnant water in potholes and waterlogging-prone areas, is still not worked by the corporations,” he complained.

IANS contacted municipal commissioners of all three corporations, but they remained incommunicado.

The doctors said that people need to stay more cautious as the combination of vector-borne diseases with COVID-19 can be catastrophic. “As we are grappling with COVID-19 pandemic, we should not let our guard down against our regular enemies- in the form of mosquito-borne diseases like Dengue, Chikungunya & malaria prevalent during this season, as the combination of either of them with COVID-19 can be catastrophic. Regular measures for preventing mosquito breeding, using repellents, and full sleeves clothes to ward off Malaria or Dengue must always be kept in mind. Lastly, all the fevers during this pandemic are not because of COVID-19 alone. So one should seek health advice from experts rather than self-medication,” said Dr. Manoj Sharma, Senior Consultant, Medicine and Incharge at Medeor Hospital in Delhi.