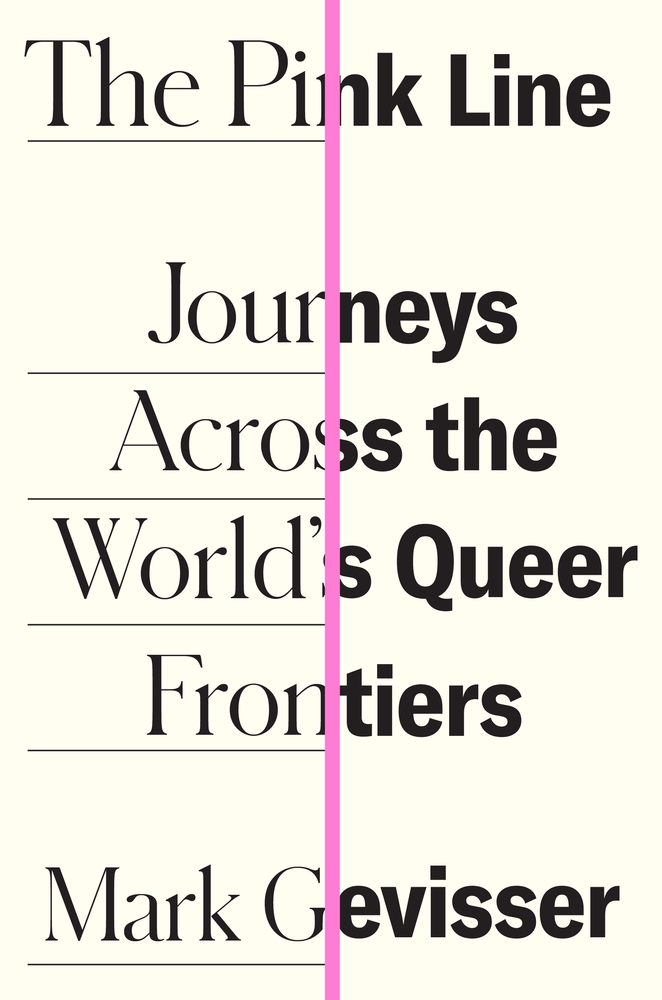 New Delhi– Journalist, commentator and essayist, Mark Gevisser says he likes the word “queer” because of its “double valence”. As well as having been “reappropriated by people across the world to describe themselves, ‘queer’ means different or skewed: to see things from a queer perspective is to look at the world askance, to see it afresh. But frankly, it is also convenient: it is a catchall that can hold (well, most of) the Ls, the Bs, the Gs, the Ts, and everyone else on the expanding alphabet”.

“For this reason, however, it has sometimes lost its ‘queer’ meaning, particularly in the United States. If everyone is queer, no one is. I hope to get the right balance here,” Gevisser writes in “The Pink Line” (HarperCollins), a path-breaking book that is both a memoir and an in-depth study conducted over 20 countries, including India, where he was “astonished” to find that LGBT rights have “become a marker of modernity” in the country.

As a child, in his first year at primary school in Johannesburg, where the boys and girls were separated at break time, he struggled to compete physically with my own kind and usually found himself playing alone.

“On one particular day, I must have been lingering around the runnel of sorts that formed the boundary between the two sides of the playground – my reverie might have even carried me across the boundary – when a teacher pounced, and gave me a firm lecture about where I belonged on the gender binary. I learned a valuable lesson: if I was going to fit in, I needed to appear to accept the boundaries set for me. Transgressions had to be underground or in the ether, beyond the patrol of adults,” Gevisser writes.

As he was growing up, he wondered: “Would I lead a lonely life?”

But that was in 1983 – there was not yet even an Internet to provide him with the ammunition of information and the solace of a virtual community – and he struggled to convince myself.

“Then, as I was opening into adulthood, the AIDS epidemic descended, with its cruel confirmation of everything gay men had been taught to believe about ourselves: we were sinners and we were being punished; our sexuality was morbid and we would die,” Gevisser writes.

“Through all of this, I came to believe, fervently, that I and others like me had the same right to live openly as anyone else, and I did my bit to fight for this…. The only path to full participation for gay people in society, the only path out of the shame and secrecy of my own adolescence, was through being visible, so that others — our colleagues and classmates, our children and neighbours, our parents and priests — would know we were there” the author states.

Returning home in 1990 after under-graduate studies in the US and after South Africa’s liberation movements were unbanned and Nelson Mandela freed, “I wrote publicly about my sexual orientation and co-edited a book on gay and lesbian life in South Africa. At the same time I had a prominent career as a journalist, which was in no way damaged by being out of the closet,” he says.

And that’s how his research began and the book came to be written.

“For the past eight years, I’ve been tracking the way a new human rights frontier has come to divide – and describe – the world in an entirely new way. This is the result of an explosive new conversation about sexual orientation and gender identity. In this respect the world is unimaginably different now to how it was just a generation ago,” Gevisser writes.

“I went to over twenty countries to research ‘The Pink Line’ – and my first trip was to India, in 2012; I was astounded by what I saw. Even though, at that point, Article 377 (of the Constitution) was still on the books, the campaign to get homosexuality decriminalized had changed society in astonishing ways – from LGBT ‘affinity groups’ in Indian and multinational companies, to the many Pride marches, to the way the Indian entertainment industry had found its gay characters.

“It seemed to me that supporting LGBT rights had become a marker of modernity, of being part of the global village. Over the past eight years, I’ve returned to India several times, and have been tracking the way the debate has shifted to transgender rights. If I begin my book in India, I end it there too: by telling the story of an amazing group of third-gender ‘Kothis’ in a Tamil Nadu fishing village – struggling to be true to themselves while also staying within their families and communities,” Gevviser says.

“The Pink Line” follows protagonists from nine countries all over the globe to tell the story of how LGBT rights become one of the world’s new human rights frontiers in the second decade of the 21st century.

From refugees in South Africa to activists in Egypt, transgender women in Russia and “pen manaam konda aan” (women’s hearts in men’s bodies) in Tamil Nadu, the book folds intimate and deeply affecting stories of individuals, families and communities into a definitive account of how the world has changed, dramatically, in just a decade.

In doing so, Gevviser reveals a troubling new equation that has come in to play: while same-sex marriage and gender transition are now celebrated in some parts of the world, laws to criminalize homosexuality and gender non-conformity have been strengthened in others.

To that extent, “The Pink Line” is the groundbreaking, definitive account of how issues of sexuality and gender identity divide and unite the world today.

Gevisser has written for a number publications including The New York Times, The Guardian, Granta, The New York Review of Books, The Nation, The Wall Street Journal and the Los Angeles Times. His previous books include the award-winning “A Legacy of Liberation: Thabo Mbeki and the Future of South Africa’s Dream”, and “Lost and Found in Johannesburg: A Memoir”. (IANS)