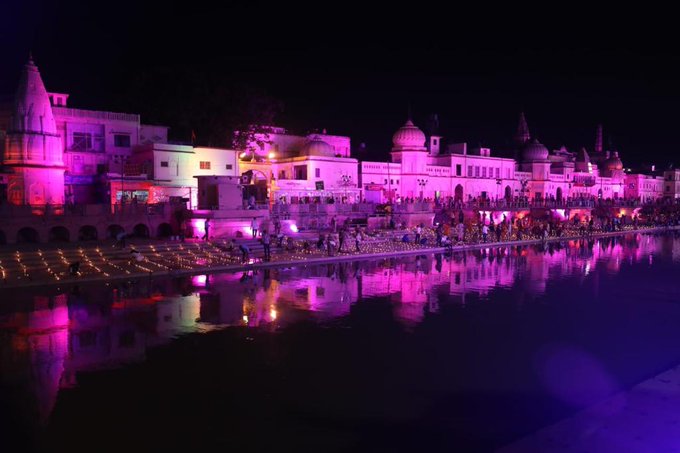 The temple, in Bisrakh area, is dedicated to Ravan, the demon king who was slain by Lord Ram in Lanka.

Mahant Ramdas, the priest of the Ravan temple, said: “We will distribute sweets after the conclusion of the ‘bhumi pujan’ ceremony in Ayodhya.”

He further said: “If Ravan was not there, there would have been no Ram and in the absence of Lord Ram, no one would have known anything about Ravan. The two entities are inter-linked.”

According to local folklore, Bisrakh is the birthplace of Ravan.

“We call Bisrakh the ‘Ravan Janambhoomi’,” the priest said.

He described Ravan as a knowledgeable person and an expert in many fields. “When he abducted Sita, he kept her safe in Ashok Vatika and did not take her to his palace. This shows his character and his decision to uphold the dignity of women,” he said.

The temple in Bisrakh also has idols of Lord Shiva, Parvati and Kuber.

“The temple does not close even during the night. Devotees coming here offer prayers to Lord Shiva, Kuber and even Ravan. Around 20 per cent of devotees who come here worship Ravan,” said Mahant Ramdas. (IANS)