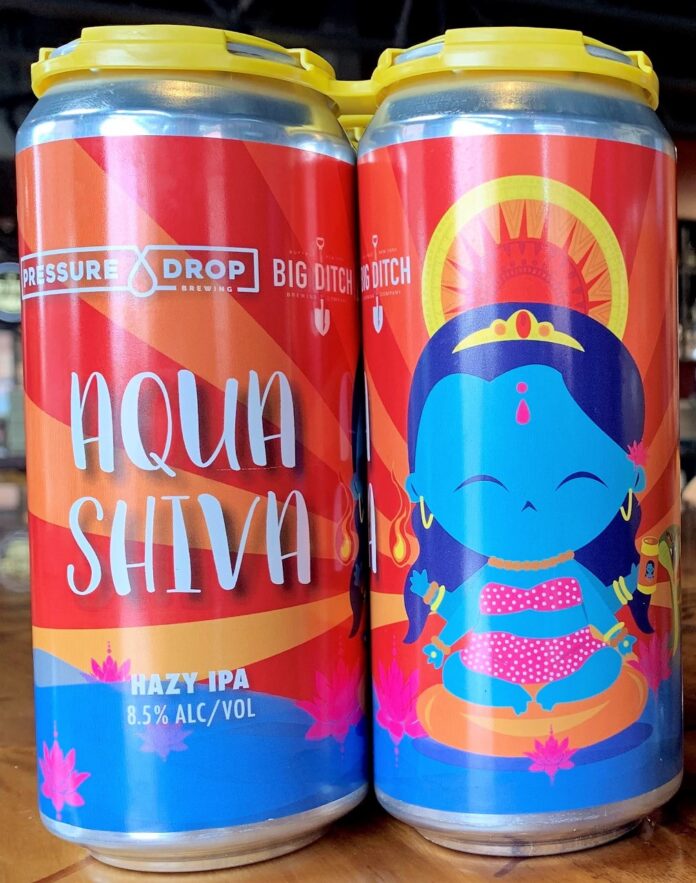 BUFFALO, NY–Buffalo, NY-based breweries— Pressure Drop Brewing and Big Ditch Brewing Company—apologized and discontinued their collaboration beer “Aqua Shiva” named after Hindu deity.
Matt Kahn, President and Co-Founder of Big Ditch Brewing Company, in a “joint response” email to Hindu statesman Rajan Zed (who spearheaded the protest), wrote: “We very recently became aware that our collaborative beer, Aqua Shiva, was offensive to Hindus. We deeply apologize to the Hindu community for this poor choice of our beer name and artwork. We simply did not put enough time into thinking about this beer name and artwork and what the use of the name Shiva means to the Hindu community. This beer is discontinued and will never be made again…”
Kahn added: “Thank you for bringing this issue to our attention, as we will learn from it. Again, we deeply apologize to you and to the Hindu community; we meant no harm.”
Zed, who is President of Universal Society of Hinduism, thanked Pressure Drop Brewing and Big Ditch Brewing Company for understanding the concerns of Hindu community, which thought that placing image of Lord Shiva on a beer can was quite insensitive.
Zed suggested that companies should send their senior executives for training in religious and cultural sensitivity so that they had an understanding of the feelings of customers and communities when introducing new products or launching advertising campaigns.
Zed said that Lord Shiva was highly revered in Hinduism and he was meant to be worshipped in temples or home shrines and not to be used in a re-imagined version for pushing beer or to adorn beer cans. Moreover, linking a deity with an alcoholic beverage was very disrespectful, Zed added.
Hinduism is the oldest and third largest religion of the world with about 1.1 billion adherents and a rich philosophical thought and it should not be taken frivolously. Symbols of any faith, larger or smaller, should not be mishandled, said Zed.
In Hinduism, Lord Shiva, along with Lord Brahma and Lord Vishnu, forms the great triad of Hindu deities. There are about three million Hindus in USA.
“Aqua Shiva” (8.5% ABV), both on tap and in cans, was described as “a hazy NE-style double IPA…with strong citrus, passion fruit and pineapple flavor and aroma, with a touch of underlying dank and a soft mouthfeel”.