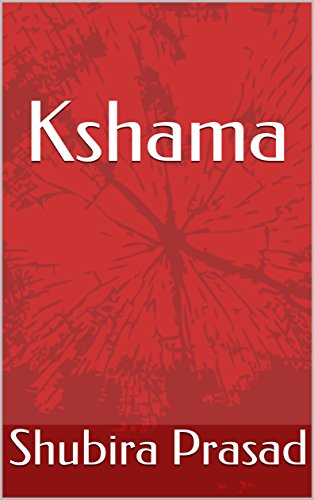 New Delhi– At 65, most people are well into retirement. Not so for educationist Shubira Prasad, an avid follower of the Indian epics, who is making a new career for herself as an author by providing new interpretations of the Ramayana, the Mahabharata and the Bhagavad Gita.

She feels that “mythological stories are true happenings and demonic forces periodically resurface on this earth, to be restrained by the incarnation of the deities who too reappear intermittently to sustain and protect the Earth”.

“My profession as a teacher and as an astrologer gave me an opportunity to interact with a large cross section of people drawn from all kinds of backgrounds. Each one has his or her own story. There is a vast reservoir of characters stored in one’s memory though the stories have been drawn from the mythologies. As a writer one has to establish a link between the characters and weave stories around them,” Prasad told IANS in an interview.

Noting that one has to use a writer’s imagination to distinguish between a demonic activity and a mistake or an error of judgement, she said: “My study of astrology is deeply entrenched in the philosophy of rebirth and an off-shoot of that philosophy is that no wrong deed will ever be left unpunished. If one doesn’t pay for his/her wrong deeds in the present birth, then he/she will have to take rebirth to square up everything.

“This philosophy is intertwined with the continuity of Indian Hindu civilization and way of life. Deities do not appear every now and then. For the deities to come on Earth there have to be catastrophic events and such events will bring the deity himself/herself to Earth,” Prasad explained.

This is the theme of her new book, “The Demons of Jaitraya” (Vitasta), which takes off from right after the Mahabharata war is won and Hanuman is entrusted with the task of finding and killing the demons that may have gone hiding.

Folklore has it that after the Mahabharata War, a number of rakshasas escaped. They hid in the bowels of the Earth, in the water and in space, and remained dormant for eons. In the 20th century of the Christian era, however, some of them reappeared in different forms to plague the Earth with wars and illnesses.

The first book in the trilogy of a war between demons and humans, it’s a thriller set in the current times where Earth is seeing gruesome killings and mass illnesses and it’s now upon the brave warriors of Hanuman to free it from the clutches of the demons that are back from hibernation.

Noting that “for minor events, the deities empower average men and women”, Prasad said the characters in the novel are “average people who have been blessed by the deities to perform specified tasks. It is my conviction that mythological stories are true happenings. They are logical and coherent, but one has to remember that they did not always exist in the writing form and were passed from generation to generation in the form of stories. Whenever there is a story, there is always a scope of fantasy entering them”.

And before you start wondering, Prasad hastens to add that the book has nothing to do with the current coronavirus pandemic sweeping the world. “Our epics are generally devoid of any mention of any epidemic or contagious diseases,” she said.

Even so, during the pandemic, she has spent some time in thinking about its socio-economic impact.

“I am not in direct contact with any corona survivors for me to understand and appreciate its behavioural impact. There is a very faint sketch of the outline of a plot and I have been working on it. After the completion of my trilogy, I will explore my aptitude in that field,” Prasad said.

She also has two more novels, one of which is on Kindle.

“They were written some time back. I have to refurbish and remarket them. I am also working on the biographies of contemporary prominent persons, though a serious handicap is that I am not an insider in the field of politics and industry. My existing engagement with mythology hardly leaves me any time to explore new ventures,” Prasad concluded. (IANS)