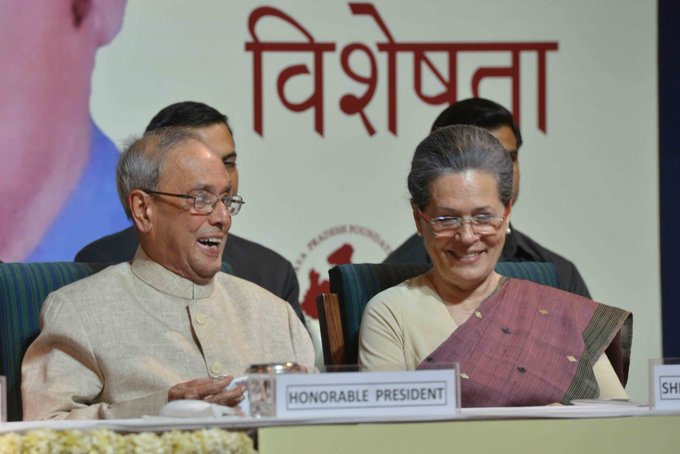 “With great sadness, the nation receives the news of the unfortunate demise of our former President Pranab Mukherjee. I join the country in paying homage to him. My deepest condolences to the bereaved family and friends,” Rahul Gandhi, the former Congress president, tweeted.

In a tweet, Sibal said: “Pranab Mukherjee, a colossus who strode the political firmament for decades. He guided the Congress party with his acumen and wealth of knowledge. In Opposition, he was a force to be reckoned with. He firmly believed in constitutional procedures. India has lost a great son.”

In a series of tweets, he said: “The sad demise of former President of India Pranab Mukherjee is a remorseful moment for me. I have enjoyed a long association with him.”

“He was an epitome of an institution who during his entire political career had been exhausting all his energies for the growth of the nation. The loss of a man of prodigious dimension is simply irretrievable.

“He was the precious jewel adorning the crown of India for whom the interest of the nation was supreme, he was by all his virtues a true statesman. May God reposes his soul in peace and tranquillity,” Chowdhury added.

Congress General Secretary (Organisation) KC Venugopal tweeted: “Deepest condolences to Pranab da’s family at this time of grief. Pranab da was an incredible leader, father, and friend. He will always be remembered for his innumerable contributions to our nation in the many positions he held. I will remember him fondly for his guidance and love.”

Former Finance Minister P. Chidambaram, at a press conference here, said: “There is no one in this country who does not know the life and contribution of Pranab Mukherjee. I had worked with him for many, many years, and worked with him very closely between 2004 and 2014.”

Chidambaram said Mukherjee had a phenomenal memory, a very sharp insight into political and economic developments, along with a thorough understanding of the economy, and matters that concerned the ordinary people.

“With his passing away, not only the Congress but the entire political spectrum of this country has lost a lifelong and a valiant soldier. To us in the Congress, it is an irreparable loss. Such a man or woman appears on the political scene very rarely. Pranab Mukherjee was such a rare man that he left an imprint on anything that he came in contact with,” he said, adding: “We will miss him sorely, the nation will miss him sorely.”

The Congress party, expressing condolence over the death of the former President, posted on its official Twitter handle: “We are deeply pained by the passing away of Pranab Mukherjee — former President of India and one of the tallest leaders of the Congress Party.”

“Mukherjee will always be remembered for his integrity and compassion. Our prayers are with his family, followers, and the nation.”

The party’s national media in-charge Randeep Singh Surjewala, condoling the death of the veteran Congress leader, said “an era has come to an end”.

“Your thoughts, memories, and sense of commitment to the party, the people and the nation lives on… Rest in Peace Pranab Da,” Surjewala tweeted.”

“Deeply saddened at the demise of former President of India, Pranab Mukherjee. The nation has lost a great leader, thinker, and statesman. His entire life was dedicated to the service of the nation. My heartfelt condolences to his family, friends, and supporters. May his soul rest in peace,” another veteran Congress leader and Rajasthan Chief Minister Ashok Gehlot tweeted.

The Congress veteran was admitted to the hospital at 12.07 p.m. on August 10. He was hospitalised for over 20 days. His condition turned critical following brain surgery.

Obituary: Former UP Chief Minister Kalyan Singh – the man who lived life on his terms