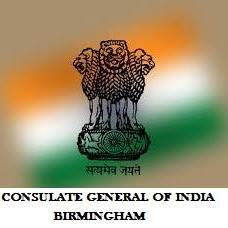 London–A major scuffle took place between several pro-Pakistani and pro-Kashmiri groups protesting over the Kashmir issue outside the Consul General of India in Birmingham, the UK. The incident occurred as India celebrated its 74th Independence Day.

A video of the protest showed the Shah Nawaz group holding pro-Kashmir placards with the logo of ‘Pakistan Peoples Party’. The confrontation took place when the Kashmiri nationalist groups objected to the placards and raised slogans like “Foreign Forces Go Back from Kashmir”.

British Kashmiris from Pakistan Occupied Kashmir (PoK) have accused the pro-Pakistani groups of dominating the Kashmiri diaspora and trying to give Pakistani colour ‘to the ‘indigenous’ Kashmir movement. The Kashmiri groups also raised their voice against the forcible occupation of Kashmir by Pakistan.

Kashmiri nationalists in the UK demand Kashmir’s independence from both India and Pakistan while pro-Pakistan groups like Shah Nawaz’s seek Kashmir’s merger with Pakistan.

Independent sources seeking anonymity told IANS that this is not the first time there has been a confrontation between Pakistani and Kashmiri groups, and it has been a few months since both the groups became publicly hostile to each other.

Birmingham has the second largest Pakistani population in the UK. Pakistanis living in Birmingham make up to 13 per cent of the city’s total population.

Anti-India protests have hit a new high in the UK after the Indian government revoked Jammu and Kashmir’s special status granted under Article 370 of the Indian Constitution in August last year.

Following the abrogation of Article 370, hundreds of British Pakistanis descended on the streets of London, threw eggs and vegetables on the Indian embassy building. The demonstrators also smashed a windowpane of the Indian High Commission. (IANS)