Mumbai– Bollywood actress Kangana Ranaut has shared a video demanding CBI probe into the death of Sushant Singh Rajput. The video was published on social media on Thursday, ahead of the Supreme Court hearing on the petition by Rhea Chakraborty, seeking transfer of the FIR lodged by the family of the late actor from Patna to Mumbai.

“We want CBI for Sushant Singh Rajput. We deserve to know the truth,” says the actress in a video published by her verified Twitter team, which goes by the name of Team Kangana Ranaut.

Earlier in the day, Kangana’s Twitter team took a dig at filmmaker R. Balki who, during an interview last month, had told a reputed publication: “Find me a better actor than Alia (Bhatt) or Ranbir (Kapoor), and we’ll argue.”

On Thursday, Kangana’s Twitter team reacted to a negative review of the trailer of Alia Bhatt’s forthcoming film “Sadak 2” given by a netizen, and wrote: “Somebody need to find R Balki he is hiding, he said there are no better actors than Ranbir and Alia. Sharm karlo, thodi sharm karlo, brainwashing ki bhi limit hoti hai, (please have shame, a little shame, brainwashing has a limit) both pappus are below average glorified by mafia media, their friends and fake awards, their time is up.”

Vaani Kapoor: Ayushmann is one of the most earnest actors of our generation

Mumbai– Actress Vaani Kapoor looks forward to working with Ayushmann Khurrana in an upcoming film. She says Ayushmann is one of the most earnest actors of this generation.

“Ayushmann is one of the most earnest actors of our generation. The way he moulds himself into different characters amazes me. One of my all-time favourite performances by him is ‘Vicky Donor’. For a debut film, I was amazed by his performance. In ‘Andhadhun’ and ‘Article 15’, too, he was brilliant. I am really looking forward to working with him!” Vaani said.

Vaani is set to play Ayushmann’s love interest in Abhishek Kapoor’s untitled upcoming film. Shooting is set to start in October. The film is a love story and casts Ayushmann as an athlete.

During the Covid pandemic, Vaani has managed to sign two important films, the other being “Bell Bottom”, starring Akshay Kumar.

“I feel thrilled to be a part of such amazing projects. Both are very different and, as an actor, this is what we look for — roles that can challenge us and help us diversify our talent and craft,” said Vaani.

Mumbai– Actor Ayushmann Khurrana has hailed the Supreme Court verdict that gives daughters equal right to inherit property. He said it is a big and necessary step. 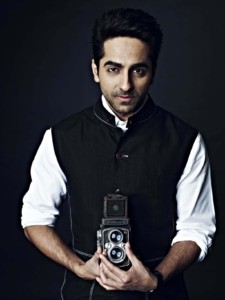 “The Supreme Court has held that daughters, like sons, have an equal birth right to inherit ancestral property, and the amendment to the Hindu Succession Act, 1956 will have retrospective effect. (It is) A big step, a necessary step and I welcome this verdict wholeheartedly,” said Ayushmann.

The Supreme Court on Tuesday held that daughters cannot be deprived of their right to equality, and will have a share in parental property in accordance with the Hindu Succession (Amendment) Act, 2005, irrespective of whether the father is alive or not at the time of its enactment.

A bench, headed by Justice Arun Mishra and comprising Justices S. Abdul Nazeer and M. R. Shah, said: “The provisions contained in the substituted Section 6 of the Hindu Succession Act, 1956 confer status of coparcener on the daughter born before or after amendment in the same manner as son with same rights and liabilities.”

Mumbai– Punjabi singer-actor Diljit Dosanjh has posted a hilarious new video that captures his struggle with Alexa. In the video, he requests the virtual assistant to play one of his songs, Clash, but she is unable to understand him.

The Instagram video that has gone viral on social media is titled “Clash Between Me & Alexa”. Diljit is seen whipping up a smoothie in kitchen while interacting with his fans on an Insta live session, and making repeated requests to Alexa to play his latest song.

The video shows the singer struggling to convince the virtual assistant to play his song while it continued to misinterpret his requests and plays different songs. At one point, Alexa even ends up playing The Beatles.

With each failed attempt, Diljit’s reactions get funnier. At one point, a frustrated Diljit says: “behen meri”.

“Kinni pahri hai, hunne laaya si,” he exclaims at one point, which roughly translates to “She just played the song”.

After a brief struggle, the song is played, and an elated Diljit said: “O man gi oye! Ae mera dimaag khaagi dekh (Oh she finally got it! Drove me crazy, though)”.

Since the time of its upload, the funny exchange has raked in over a million views, leaving his fans in splits.

Diljit’s “Clash” was released on YouTube on Tuesday. The video has garnered over 13 million views.

Mumbai– Actress Preity Zinta is honing her shooting skills, and she has roped in the best in business to train her. 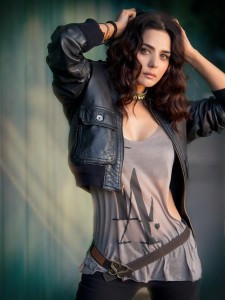 In an Instagram video she posted on Thursday, Preity is seen firing guns at a range. She revealed that she is being trained by Aaron Cohen, who trained Hollywood actor Keanu Reeves for “John Wick”.

“A dream does not become reality through magic. It takes sweat, determination, and hard work. So here I am trying to make my action dream come true,” she wrote.

She added: “Training hard with the super tough @acohofficial . So no one can say that women cannot do Action in Hindi movies. Hope all the directors are watching.”

Her video impressed friends in the film industry as well as fans.

“Aree P you will put all of us out of business,” Arjun Rampal commented.

When a user called her “John Chick”, Preity laughed and said: ” that’s funny… you are saying because Aaron who is training me trained Keanu Reeves for ‘John Wick’.”

Priyanka Chopra is gripped by wanderlust

Mumbai– Sitting at home in a world paralysed by Covid lockdown, actress Priyanka Chopra Jonas seems to be gripped with wanderlust.

In a new snapshot she has posted on Instgram, Priyanka looks out of a window. She has captioned the image as, “Wanderlust”.

Priyanka has been busy working out amid the lockdown, and she recently shared that she loves doing push-ups, especially when her husband, pop star Nick Jonas, is involved in the activity.

On the work front, Priyanka will be seen in “The White Tiger”, an upcoming Netflix adaptation where she features with Adarsh Gourav and Rajkummar Rao. The film is based on Aravind Adiga’s Man Booker Prize-winning novel of the same name, and directed by Iranian filmmaker Ramin Bahrani. (IANS)