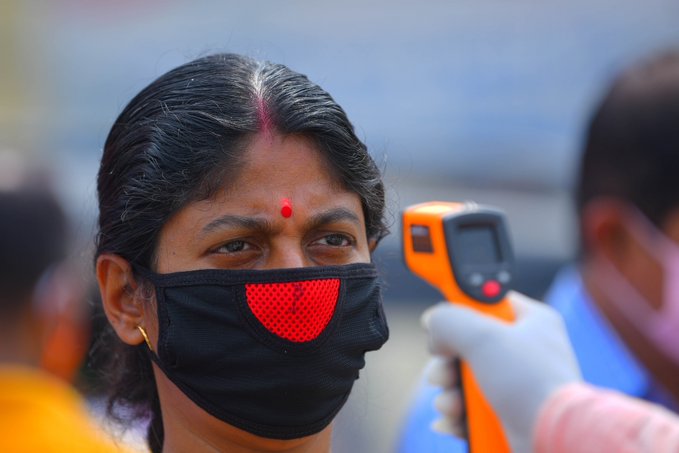 Pune– Barely a couple of days after Pune surpassed Mumbai to become the country’s top Corona hotspot, it has emerged that over 50 per cent of Puneites have developed antibodies against the SARS-CoV2 or Covid-19, officials said here on Tuesday.

The findings were revealed in the first sero-survey, ‘Epidemiological and Serological Surveillance of Covid-19 in Pune City’, funded by the Persistent Foundation.

“The results show 51.5 per cent seroprevalence in 5 Pune Municipal Corporation (PMC) areas. This study was to estimate the proportion of population in high-incidence areas who have been infected and have developed antibodies against Covid-19. The study does not provide information on immunity from subsequent infection,” the IISER said.

The 5 worst-hit wards selected for the survey were Yerawada, Lohiyanagar-Kasewadi, Rastapeth-Ravivarpeth, Kasbapeth-Somwarpeth and Navipeth-Parvati with a mixed total population of 3.66 lakh. The principal investigators were Aarti Nagarkar of SPPU and Aurnab Ghose of IISER.

Blood samples from 1,664 consenting individuals were collected from July 20-August 5 and processed to detect the presence of IgG antibodies.

The study indicated that there has been an extensive spread of infection in the 5 wards, with the seroprevalence ranging from 36.1 per cent to 65.4 per cent, and it was substantive across all types of dwellings.

Incidentally, the findings of similar surveys were much lower in Delhi (23 per cent) and Mumbai (36.5 per cent) last month. The PMC plans to start two more sero-surveys with larger sample sizes.