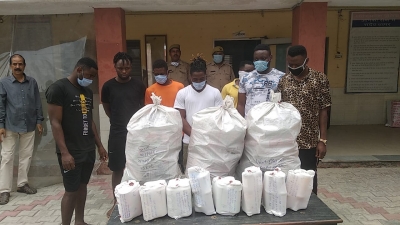 Gautam Buddha Nagar– A total of 11 foreign citizens were taken into custody for organising a rave party near a Greater Noida housing society during the lockdown, police said on Sunday.

Police conducted a raid on Saturday night after they got an information that some foreigners had organised a party at the UPSIDC plot near Paramount Golf Forest Housing.

DCP, Central, Harish Chandra said seven men and four women, of African origin, have been detained and beer and liquor bottles have been recovered from the spot.

He said due to lockdown restrictions, prohibitory orders under Section 144 of the CrpC were imposed in the district on Saturday and people were not allowed to gather at one place. A case has been been registered while the respective embassies have also been informed.

Police said 288 beer bottles and three liquor bottles were found at the spot, while 7 luxury cars have also been seized. (IANS)