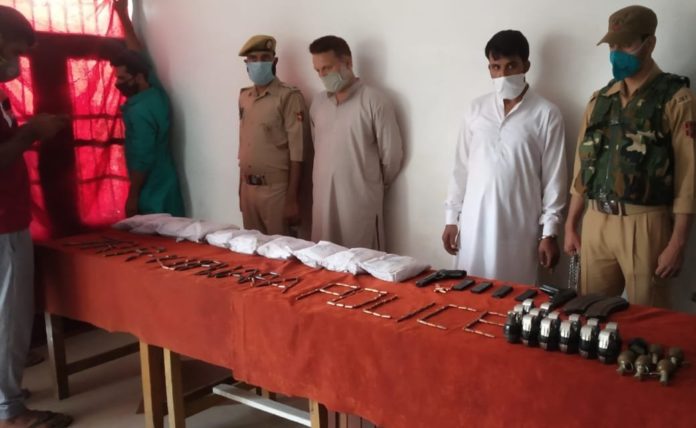 Srinagar–Arms and ammunition and other incriminating materials were recovered on Sunday after security forces busted a terrorist hideout in South Kashmir’s Shopian district, officials said.

According to details, the police along with security forces busted the hideout in orchards of Dachoo area of Shopian.

A large quantity of arms and ammunition including two Under Barrel Grenade Launchers (UBGL), three grenades, one magazine of an AK-47 rifle were recovered.

A case has been registered by the police.