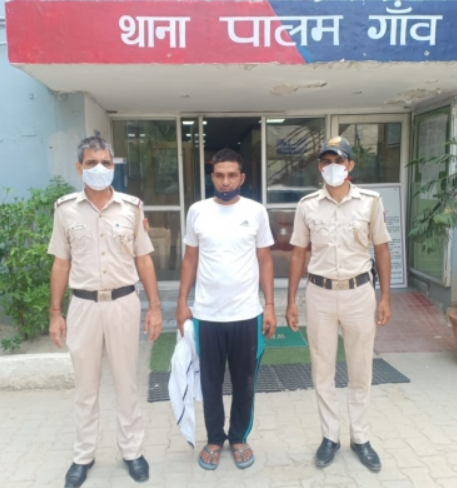 New Delhi– The police have arrested a BSF constable for the murder of a woman constable of Delhi Police in South West Delhi’s Palam Village.

The accused, Naresh, is a serving constable in BSF and was in a relationship with the woman. On Wednesday afternoon, the body of the woman constable was found from her house in Palam Village where she was staying alone.

“On primary observation, strangulation mark was found on the neck of the deceased. During enquiry, the identity of the woman was established as Preeti Beniwal, a resident of Rewari district in Haryana, who was working with the Delhi Police,” said DCP South West, Devender Arya.

The scene of the crime was inspected and photographed. During the inspection, the mobile phone of the girl was also found missing from the room.

During local inquiry, it came to light that the deceased was staying with a man for the past few days, who had left. As per the primary inquiry, needle of suspicion pointed towards the man who was staying with the deceased. All available CCTV footage was thoroughly scanned. As per the scanning of the CCTV footage and technical analysis, the identity of the accused was established as Naresh, a resident of Behror in Rajasthan’s Alwar district.

Later, the accused was arrested from Dwarka area while he was going to meet his advocate.

“During sustained interrogation, he disclosed that he was in a relationship with the deceased but for the past few days he suspected her of infidelity. On this issue a scuffle broke out between them during which he lost his temper and strangulated her to death,” said the officer. (IANS)