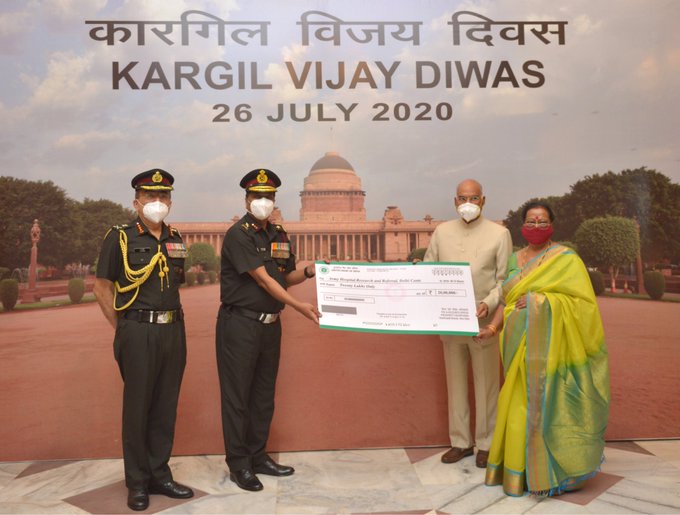 Mumbai– The armed forces celebrated the Kargil Vijay Diwas with a solemn commemoration at the Shaheed Smarak in Colaba Military Station, south Mumbai, with Tri-Services guard and banners.

On this day in 1999, the armed forces had recaptured posts in the Kargil Sector that had been occupied by Pakistan, officials said here on Sunday.

Code named ‘Operation Vijay’, the Kargil war was fought at an altitude of around 16,000 feet wherein 1,042 Pakistani soldiers lost their lives and 527 Indian soldiers made the supreme sacrifice in the line of duty.

Lt Gen S.K. Prashar, GOC Maharashtra & Goa Area, laid a wreath on behalf of all the ranks of army during the ceremony, saluted and paid homage to the bravehearts who made the supreme sacrifice in the Kargil War.

The Maharashtra Directorate, NCC, also celebrated the Kargil victory day as an online webinar in which over 500 NCC cadets and Associate NCC Officers took part.

Owing to the Covid-19 pandemic restrictions, the webinar was organised by the 2 Maharashtra Battalion NCC, under the guidance of Brig Suneel Limaye, Group Commander, Pune, for the Maharashtra Directorate to foster spirit of patriotism and spread awareness about the bravery of armed forces in challenging conditions.