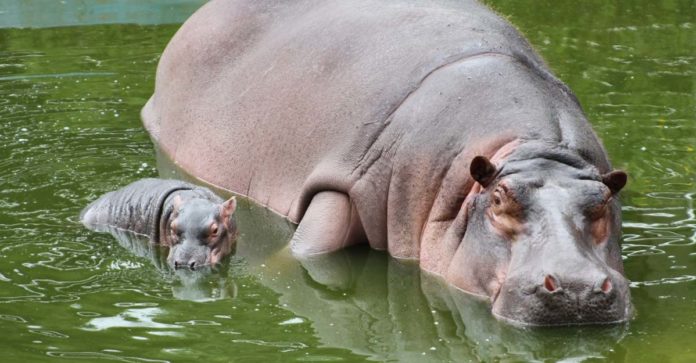 Bengaluru–The birth of a hippopotamus calf in Bengaluru zoo has brought happiness to zoo officials and other staff taking care of animals amid the coronavirus crisis and the newborn will certainly be a huge attraction among the visitors, both children and adults.

An 11-year-old female hippopotamus gave birth to the calf, raising the hippo count in the zoo to eight, an official said on Saturday.

The calf was born to female hippo named Dashya, and both the mother and the young one are doing well. Dashya had given birth to her first calf on January 31, 2018.

“With a surplus of hippos now, we are up for animal exchange programme with other zoos,” she said.

The biological park has four units — a zoo, safari, butterfly park and a rescue centre — sprawling over 732 hectares of land and accommodating 2,279 animals.

The zoo is nestled in the forests of Champakadhama Hills inside the Bannerghatta National Park.