“Apoorva Krishna is a highly accomplished young Carnatic violinist, who represents a very distinguished lineage of Carnatic music, namely, the Lalgudi School,” said Pradeep Shukla, president of LearnQuest Academy. “We are really excited to have Apoorva as an Adjunct Faculty at LearnQuest.”

Ms. Krishna has been trained in the illustrious Lalgudi Bani from Guru Lalgudi Srimathi and Anuradha Sridhar. She has performed with legendary musicians such as John McLaughlin, Zakir Hussain, Shankar Mahadevan, Bombay Jayashri, Aruna Sairam, and Chitraveena Ravikiran to name a few.

Ms. Krishna received the Young Artiste award from the London Tarisio Trust in 2017, making her the first Indian to have received the grant. She won the Kalavanta 2014 award by the Karnataka Fine Arts Council and is also the recipient of the Dr M.S. Subbulakshmi Fellowship in Music Award from the Shanmukananda Fine Arts, Mumbai.

Born of Murali Krishna and Arathi Murthy, Ms. Krishna is an ‘A’ Grade artist of the All India Radio, Bengaluru. She has a Masters in Contemporary Performance from Berklee College of Music, and is currently pursuing her Post Master’s Fellowship at the same institution.

Ms. Krishna has performed over 500 concerts in India and abroad and has received accolades from prestigious music festivals and competitions at the national and international level. She was awarded the Sheik Chinna Moulana Yuva Puraskar from the Indian National Reality Show NAADBHED conducted by SPIC MACAY and Doordarshan.

Waltham, MA-based LearnQuest Academy of Music is a non-profit educational institution that provides formal instruction in Indian classical and light music and organizes the annual flagship music conference and other performances throughout the year. 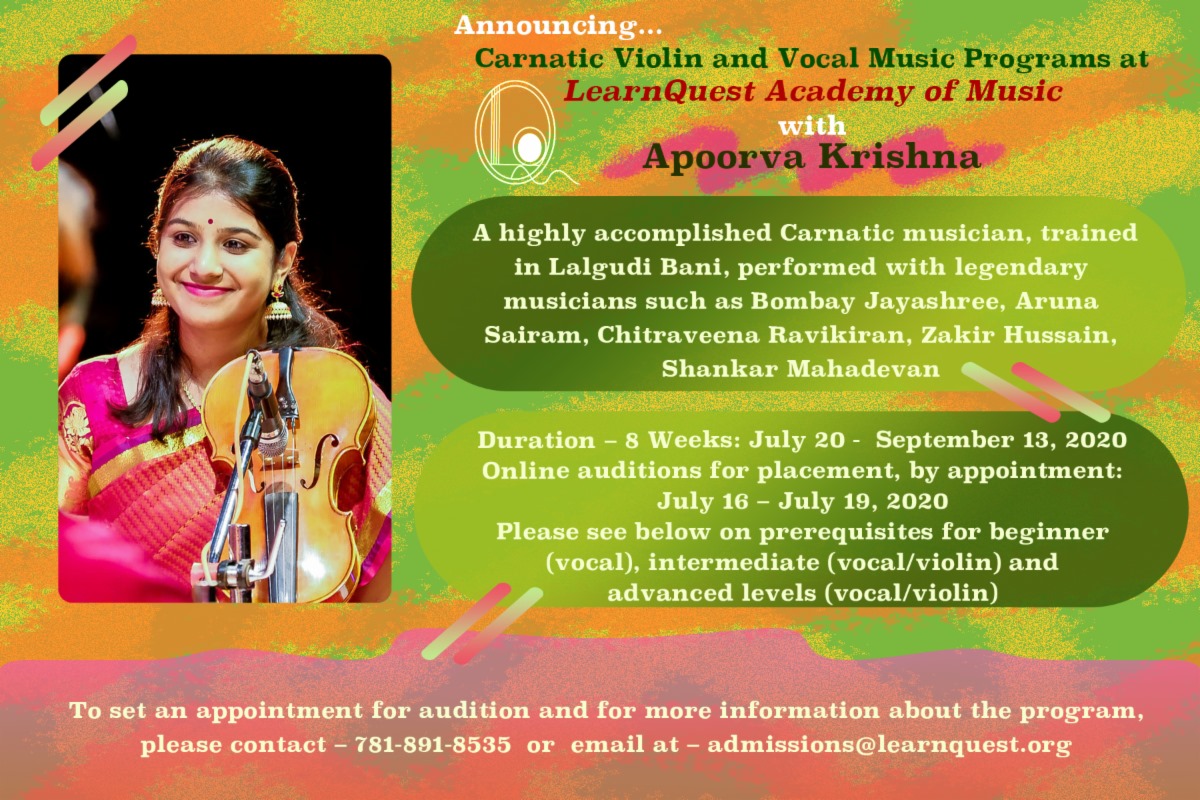