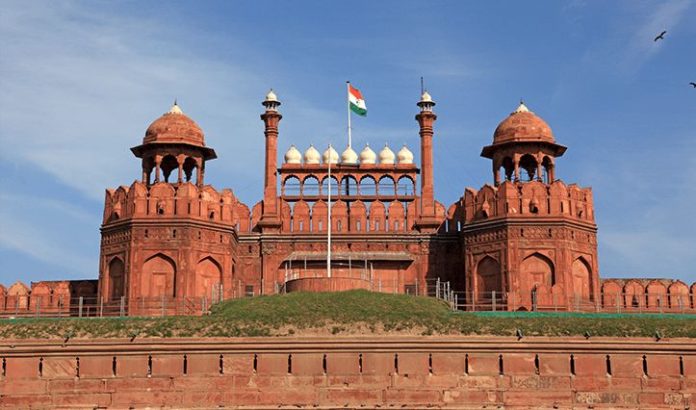 New Delhi–This year the Independence Day celebrations at Red Fort might not be as grand as in the previous years because of the Covid-19 pandemic and social distancing norms to be followed. This means that the gathering at the Red Fort would be limited and more emphasis would be on the virtual transmission of the event.

“The gathering might be limited to one third or even less this year. This means the security agencies would strictly adhere to social distancing norms,” said an official at the Red Fort.

The Delhi Police would be manning the outer layer of the security ring as the security of the Red Fort has been taken over by the Defence Ministry and the Prime Minister’s security.

The seating arrangements for the dignitaries would be according to the social distancing guidelines which means there would be less chairs this year. The decision on the entry of the general public is still under consideration.

“There would be 4 isolation chambers, two inside and two outside the Red Fort. Also, the number of ambulances deployed this year might be more than previous years, the staff of the Red Fort would also undergo the Covid test,” the official said.

There is also doubt if the school children would be allowed in this year. Gadgets would be used for security checks to maintain social distancing. A watch would be kept at the premises of the Red Fort and the surrounding areas through CCTV cameras.