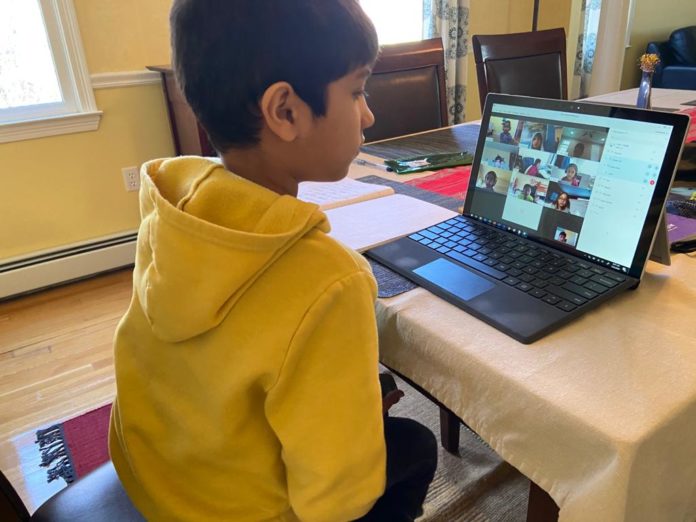 New Delhi– Although online learning has gained momentum during the lockdown, the shift to the online medium has raised many concerns among the parents.

Around half, 48 per cent of parents are worried about their child developing some health issues related to the increased screen time. Slightly lesser have concerns about technical issues (low internet speed, etc.) and reduced face time with teachers (43 per cent), says a survey by YouGov.

Data collected online by YouGov Omnibus among 1,015 parents in the country between 16th and 22nd June 2020 using a panel of over 6 million people worldwide. It is the representative of the adult online population in the country.

Although use of learning apps is not new to many families, the lockdown has triggered the use of these platforms. More than half of the parents (55 per cent) claimed their child has now subscribed to some online education app during the lockdown, although before the pandemic only 40 per cent were subscribed to these apps, highlighting the increase in subscriptions during the period of the lockdown.

Talking about the e-learning space, Deepa Bhatia, General Manager, YouGov India, said, “The current situation has increased the popularity of e-learning platforms and has opened up a great opportunity for those in online education business. In the days to come, e-learning will assume greater relevance and hence it is imperative to review the changing needs of students as well as their parents, and address their concerns in the most effective way.”

Despite 24 per cent parents admitting to their child adapting very well to virtual mode of education with no difficulties and 52 per cent claiming their child has adjusted to it now after some initial difficulties, many are anxious about their children’s mental wellness getting affected due to the absence of classmates or friends.

More than a third have other concerns such as lack of discipline due to absence of a teacher, lesser or no co-curricular activities or having a hard time in keeping the kids motivated to attend online classes.

At present, seven in ten parents confirmed their child’s reliance on online classes conducted by schools or colleges in order to educate themselves during the lockdown. Amongst these, some are dependent solely on these classes (44 per cent), while others are taking them along with home schooling (28 per cent).

The rest of the children are being home schooled without any online classes (17 per cent) or not engaging in any form of learning due to lack of resources (11 per cent).

Furthermore, close to half (48 per cent) are confident (extremely or very) about their child’s ability to independently learn from an online platform.

Nearly half of the parents are either not very or not at all comfortable with sending their children back to school as the country entered the first phase of the unlock. A quarter are ï¿½somewhat comfortable’ while another quarter, (26 per cent) are extremely or very comfortable with the return.

Parents in Eastern India are more concerned about their child’s return and more than two-thirds (68 per cent) stated their hesitation in sending them back to school.

When it comes to the future of their child’s education, parents are concerned and a majority (61 per cent) agree that the Covid-19 pandemic will end up hampering their overall education to a ‘very great’ or ‘great extent’. (IANS)